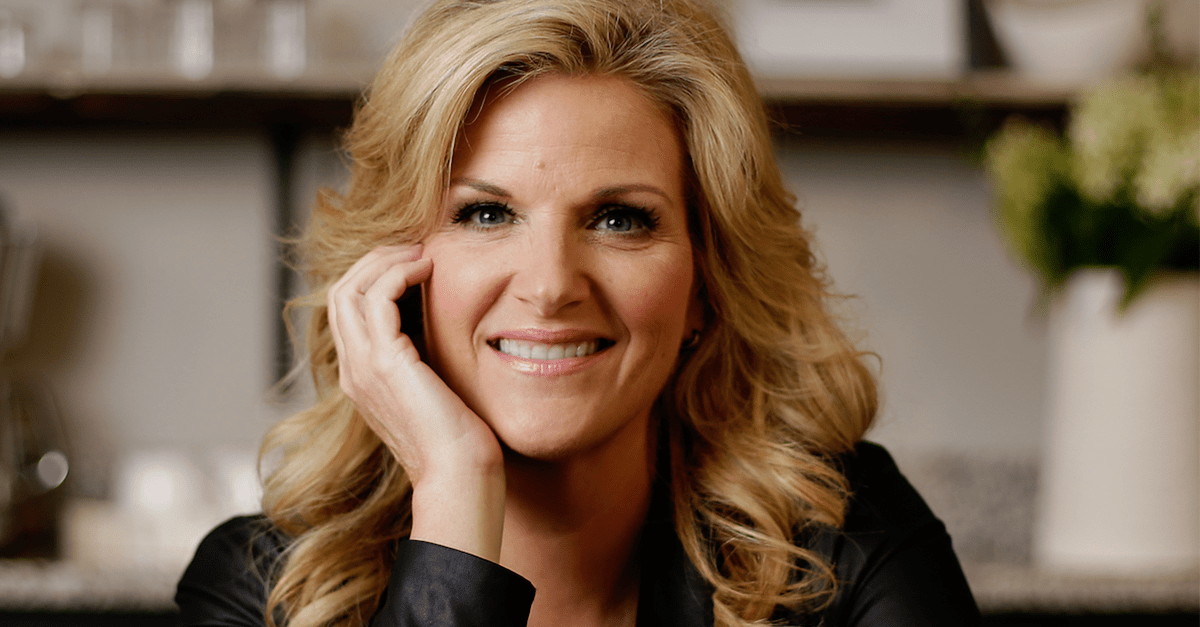 But, during a March 30 tour stop, one particular fan made a huge impact on the “XXX’s and OOO’s” singer. That fan goes by the name of Kim Dalby.

Kim attended the married country couple’s show at the United Supermarkets Arena in Lubbock, Texas. Though she went to the concert on a whim, she brought with her a large poster that read, “#Ask Me Why I’m A ‘PrizeFighter.’”

Turns out that her sign caught the attention of Trisha, who paused her show to call on Kim.

“She stopped and she said, ‘how are you a Prize Fighter,’” Kim tells KLBK of the host of the popular Food Network show, “Trisha’s Southern Kitchen.” That’s when Kim revealed she was battling terminal cancer.

“I said I have stage four cancer. It’s not curable. But, I’m not going to stop having fun.” Kim continued, “The next thing I know that comes spilling out of my mouth was, ‘Can I please bake a cake with you?’”

To her surprise, Trisha acknowledged the wish saying, “You take your last two rounds of chemo and, when you start feeling better, we will make a cake together.”

Kim’s last treatment took place on April 5. So, she may have to wait a bit longer before she can put her culinary skills to work with Trisha. In the meantime, she has a PrizeFighter-inspired sweatshirt that was given to her as a gift from Trisha.

“I slept in it that night,” Kim admitted.

“PrizeFighter” is a song from Trisha’s 2014 compilation album, “PrizeFighter: Hit After Hit.” The track, which features background vocals by Kelly Clarkson, is personal to Trisha, as it reminds her of her own mother, who died from cancer in 2011. Kim has found that the song helps her when she’s fighting her own battle with the terrible disease.

“They basically gave me two years to live,” Kim said of being diagnosed with the disease back in 2015, “that’s not how I roll.”