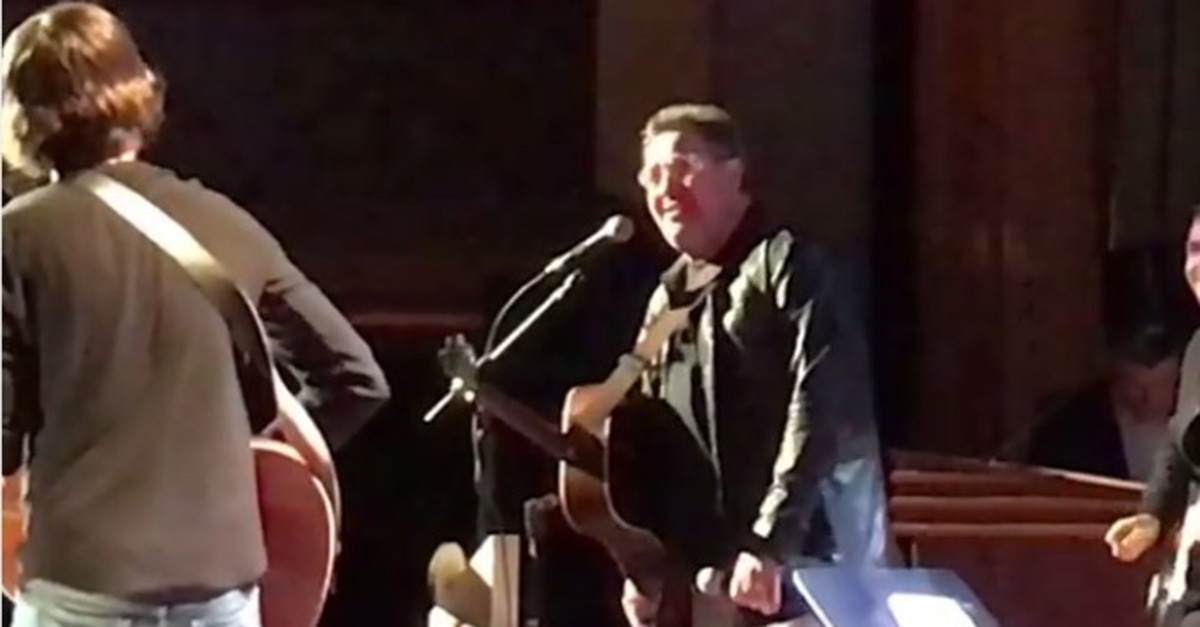 Country music rising star Chris Janson has long been a favorite of the country music audience. From his honest-to-God lyrics to his unabashed harmonica playing to the way he seems to leave it all on the stage each and every time, Chris has earned the respect of one of music?s most cherished audiences.

But on Jan. 7, he also earned the respect from a certain Mr. Vince Gill.

RELATED: Watch Vince Gill honor the Eagles with this perfect rendition of a classic

?This moment is one I’ll always remember,? Chris captioned a video of the special moment that he shared on his Instagram page. ?Perfect Night on the Ryman stage …. when @vincegillofficial ask you to play one more song & joins you.?

This moment is one I'll always remember perfect Night on the Ryman stage …. when @vincegillofficial ask you to play one more song & joins you.

Even from the stage, Chris couldn?t hold back his excitement, telling the crowd about his love for the country legend and mentor, which left Vince and everyone else smiling in the aisles.

RELATED: Amy Grant gives us an inside look at spending Christmases with hubby Vince Gill

Giving accolades to those he has looked up to isn?t anything new for the ?Buy Me a Boat” hit-maker, who will join fellow performers such as Alabama and Kenny Rogers, along with Rodney Atkins, Jamey Johnson, Montgomery Gentry, Michael Ray, Ricky Skaggs, Michael W. Smith, the Randy Travis Band, Tanya Tucker and Josh Turner at a special tribute to Randy Travis that will take place Feb. 8 at Nashville?s Bridgestone Arena.