Watch as Dale Earnhardt Jr. got choked up when asked about his daddy 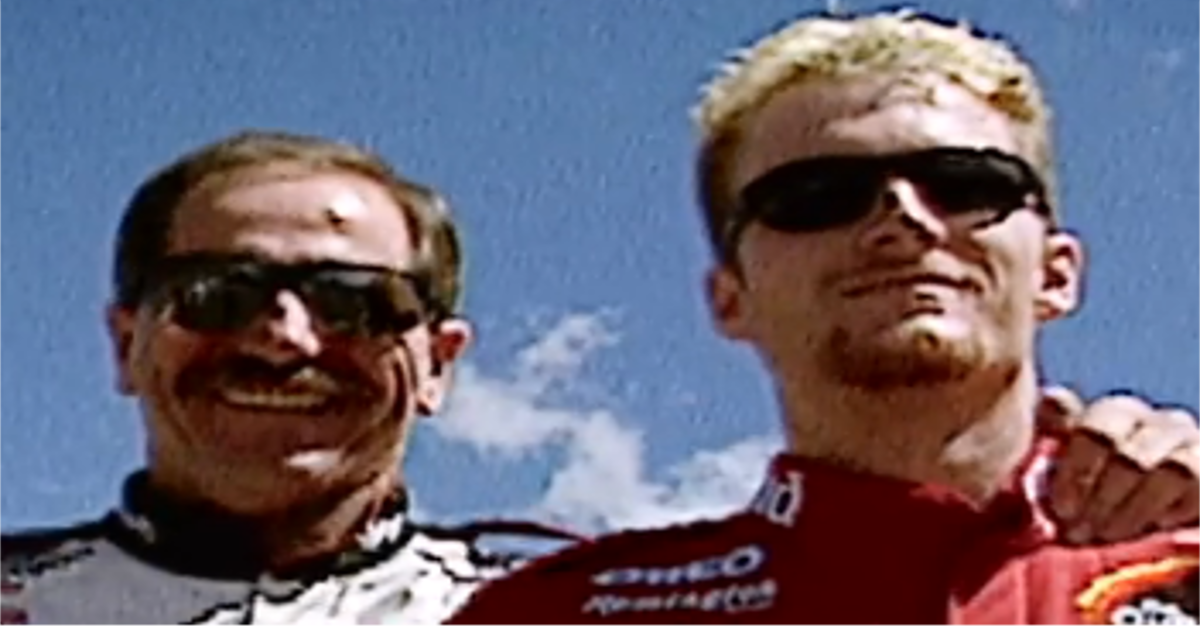 When NASCAR superstar Dale Earnhardt Jr. stepped up to the podium on April 25 to officially announce his retirement from racing at the end of the 2017 season, fans watched with one question in mind – what would his daddy have thought?

The question did get asked during the press conference, and the emotion of the question was evident on Dale Jr.’s face and in his words.

“I’ve always let other people tell me what Dad would have thought in certain situations,” Dale Jr. said before pausing to get his emotion in check. “I never would have assumed he was proud of me when he was alive so I wouldn’t make that mistake after he passed. I just never felt that I was worthy of assuming that of him and I always was open to hearing from people who knew him about what he would think.”

Dale Jr. went on to say that many people have told him that his daddy would have been proud of him.

“He wouldn’t tell me to my face but he would probably tell Rick [Hendrick] or anyone else who would listen that he was proud of me.”

RELATED: Dale Earnhardt Jr. looks like he is gearing up to be a daddy

God knows that many fans woke up feeling quite proud of Dale Jr., including none other than country greats Zac Brown Band, whose song “My Old Man” was used as the backdrop of a special compilation video earlier this year.

“We were thrilled to work with NASCAR and Dale Earnhardt Jr. before this season began on this video,” the post reads on Zac Brown Band’s Facebook page. “Good luck to Dale Jr. during the rest of his final season!”