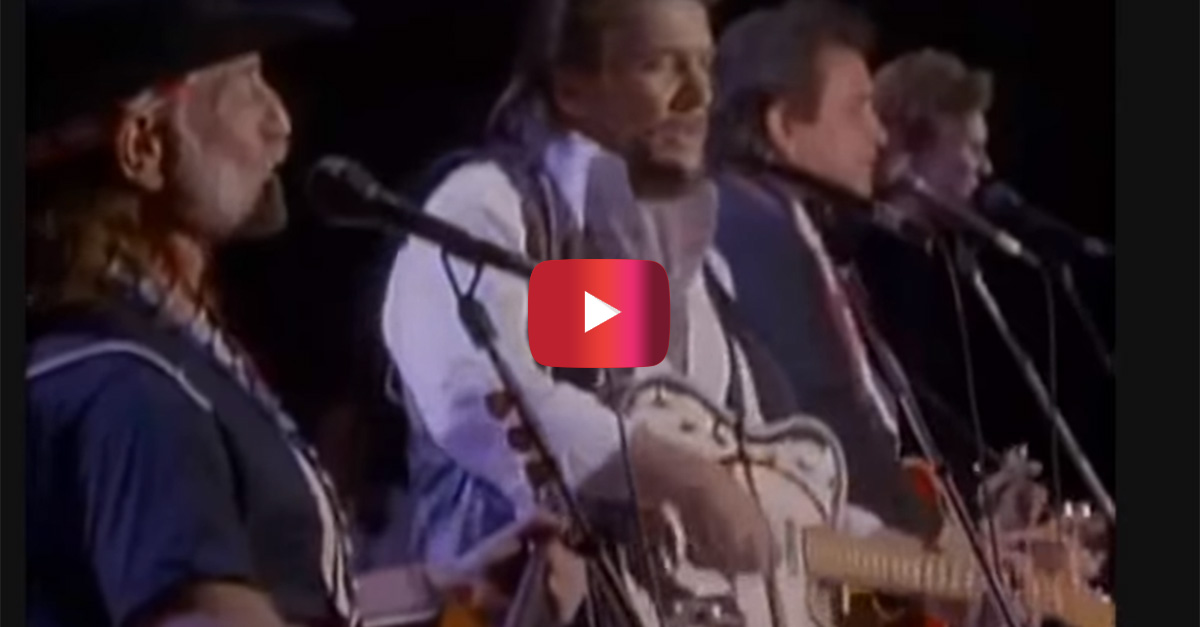 It’s still one of country music?s most recognized songs some 38 years later.

It was March of 1978 when Willie Nelson and Waylon Jennings took ?Mama?s Don?t Let Your Babies Grow Up To Be Cowboys? for a four-week run at No. 1 on the charts. It also earned the duo the 1979 Grammy for ?Best Country Performance by a Duo or Group.?

Ironically with all of the success and history Waylon & Willie have with this song, few people are aware it was actually written by Ed and Patsy Bruce and recorded by Ed, which he released as a single in 1975.

As great as the original duet was and still is, this live performance by The Highwaymen of Waylon, Willie, Johnny Cash and Kris Kristofferson in 1990 was something special.

Even today, this performance is one of the best in country music history and will stay that way.