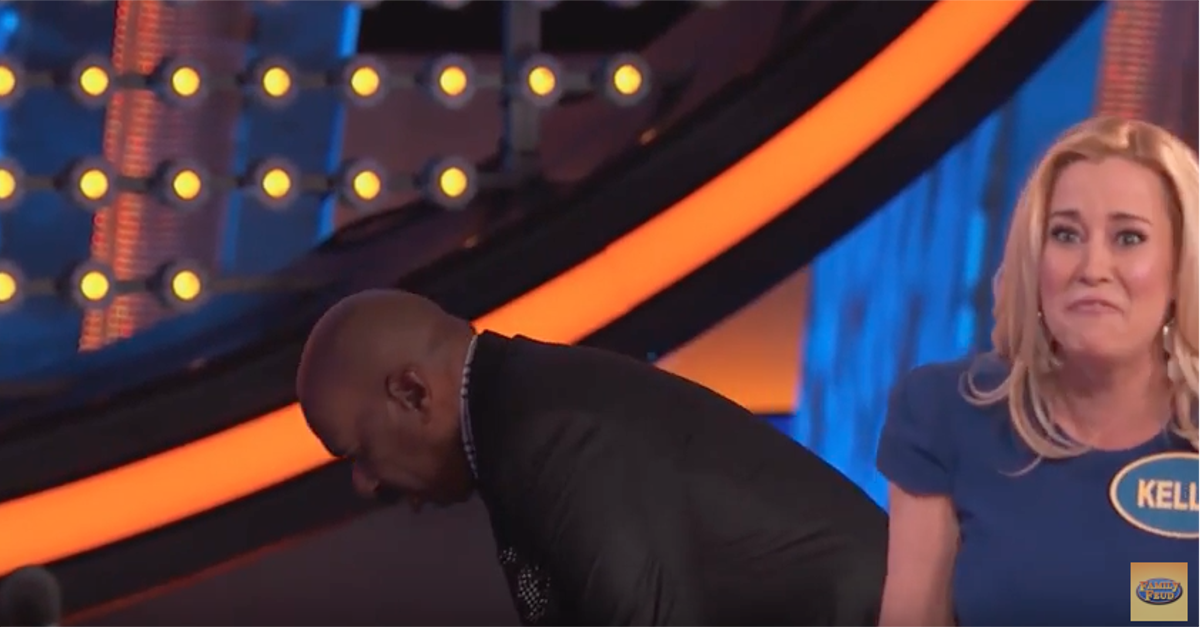 To say that country cutie Kellie Pickler was excited to face off against NSYNC’s Lance Bass on the June 26, 2016, episode of “Celebrity Family Feud” would be the biggest understatement of the summer.

Kellie was shaking with excitement as she stepped up to take on her first question on the show, which debuted on ABC recently. As she prepared to hit her buzzer on the game?s first question (?Name something specific that only your man is allowed to do to your behind??), Kellie tried to compose herself and calm down her excitement a tad. Yet, when it was time to hit her buzzer, she hit it so hard that it just about scared the s**t out of “Celebrity Family Feud” host Steve Harvey.

The moment was just one of the many hilarious moments of the show, which pitted Lance and friends with Kellie and her team, which was made up of Kyle Jacobs (Kellie?s husband), Courtney Pickler Howard (Kellie?s sister), Bradley Howard (Kellie?s brother-in-law) and Caroline Hobby (cast member of ?I Love Kellie Pickler?).

RELATED: Remember when Kellie Pickler took on some fifth graders in this popular game show?

What made the episode even cooler was the fact that Kellie, a frequent USO entertainer, was playing for United Service Organizations, Inc.