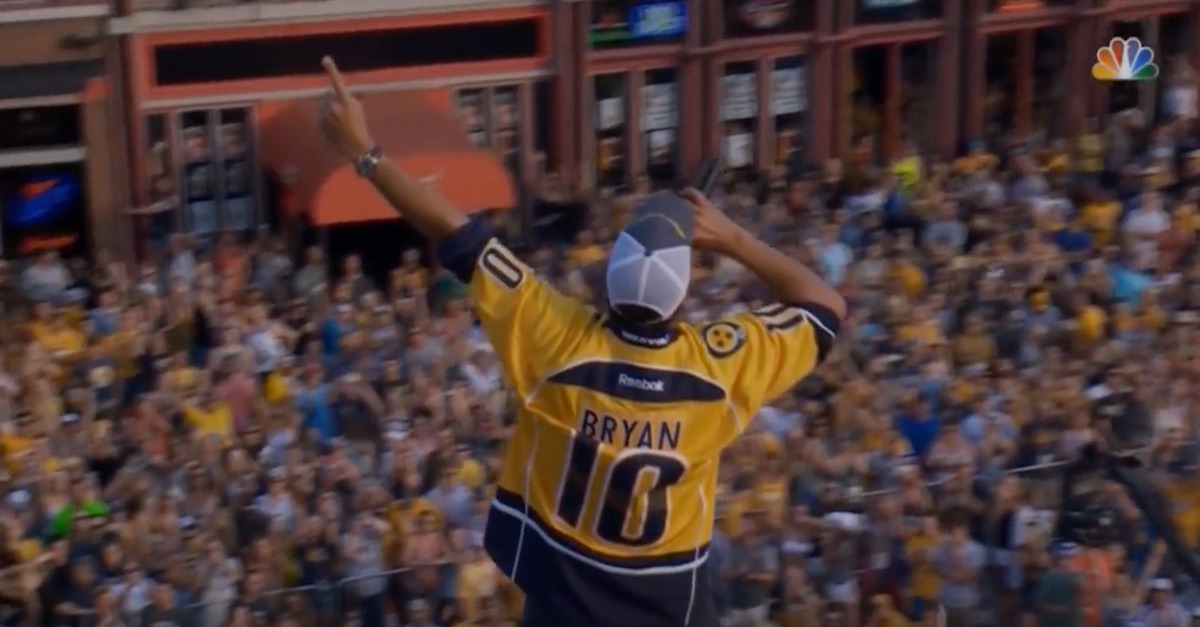 When your city’s hockey team makes it to the sixth game of the Stanley Cup Finals, what do you do? You throw a pep rally big enough for the whole city to come and, if you’re in Nashville, you make Luke Bryan your head cheerleader.

Luke wasn’t shaking pompoms, but he definitely got the crowd worked up in a rally/concert in downtown Nashville before Game 6 of the Stanley Cup playoffs on June 11. Playing from the rooftop of one of the city’s most iconic bars, Tootsie’s Orchid Lounge, Luke was introduced by fellow country stars and voracious hockey fans Dierks Bentley and Vince Gill. He performed an abbreviated set for folks in town for CMA Music Fest, as well as those in town for the faceoff between the Nashville Predators and Pittsburgh Penguins.

RELATED: This country star traded in his hockey stick for a microphone

And those fans didn’t just pack the pub, he also had throngs of people filling historic Lower Broadway and the side streets to catch a glimpse of or just listen to the star.

And, if you were really lucky, you had the vantage point of viewing from a neighboring rooftop!

Of course, Luke, Dierks and Vince, along with Faith Hill, Tim McGraw, Carrie Underwood and so many other country stars, made it into the Bridgestone Arena before the puck dropped. While, in the end, Nashville may not have scored the Stanley Cup this year, it’s hard to imagine anyone having more fun getting to the finals.