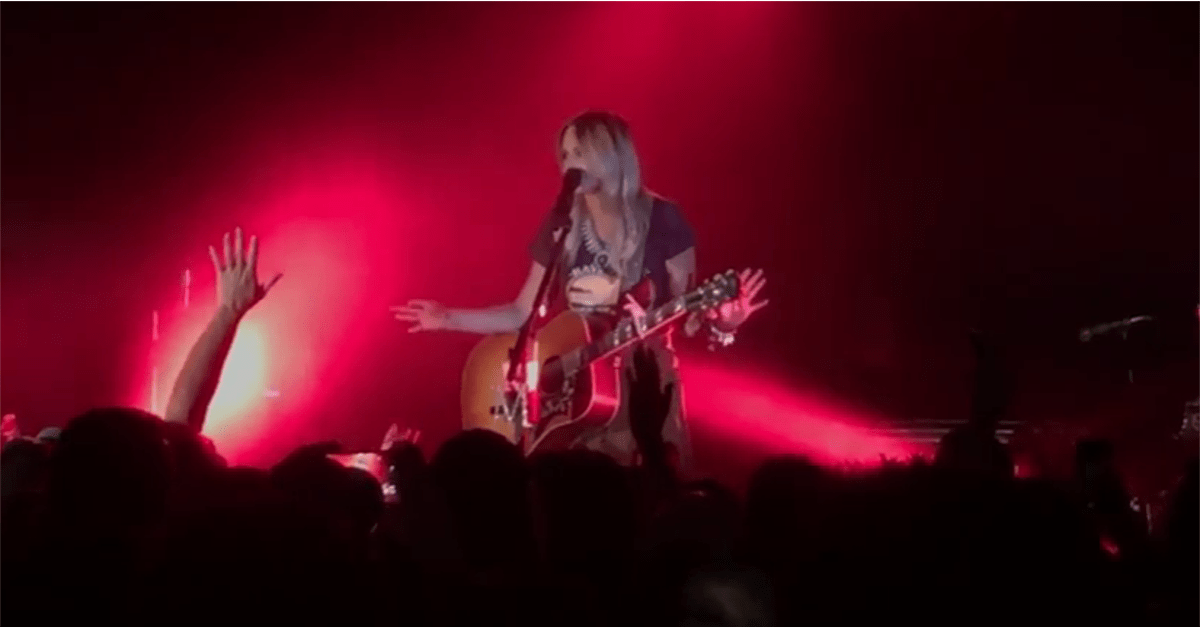 Everything was going so well.

Country superstar Miranda Lambert had turned in a once in a lifetime show at Joe’s Bar in Chicago on Jan. 24, delighting fans with a bevy of old and new hits that will ultimately find their way into the set list for her “Highway Vagabond” Tour. And as the tour rehearsal turned benefit concert drew to a close, Miranda decided to come back out for an encore.

“I wasn’t going to do this, so I’m just trying to work it out,” she told the crowd as she stood by herself on stage with just her guitar. “Thanks for being here for rehearsals. That was terrifying. I’ve never sang this song in front of people so I don’t really know if it’s going to work out. I really appreciate y’all and putting up with my s**t tonight.”

RELATED: Watch Miranda Lambert’s daddy and boyfriend join her on stage at the same time

From there, she begins the gorgeous song “Tin Man,” from her new album “The Weight of These Wings.” And while the majority of the crowd was listening to every note, others were not.

“I hear talking,” she says as she stops playing mid-song. “I’m like literally out here with my diary for y’all to read. Sorry. Y’all weren’t talking (as she point to the front rows of people.)”

After a quick sip of her drink and the crowd hushing the talkers, Miranda continued, and delivered one of the most gorgeous songs of the night. And in an Integra post shared by Miranda Jan. 25, you could tell that the handful of rude fans did not bother too much, saying that ‘last night at Joe’s was so special for us.’