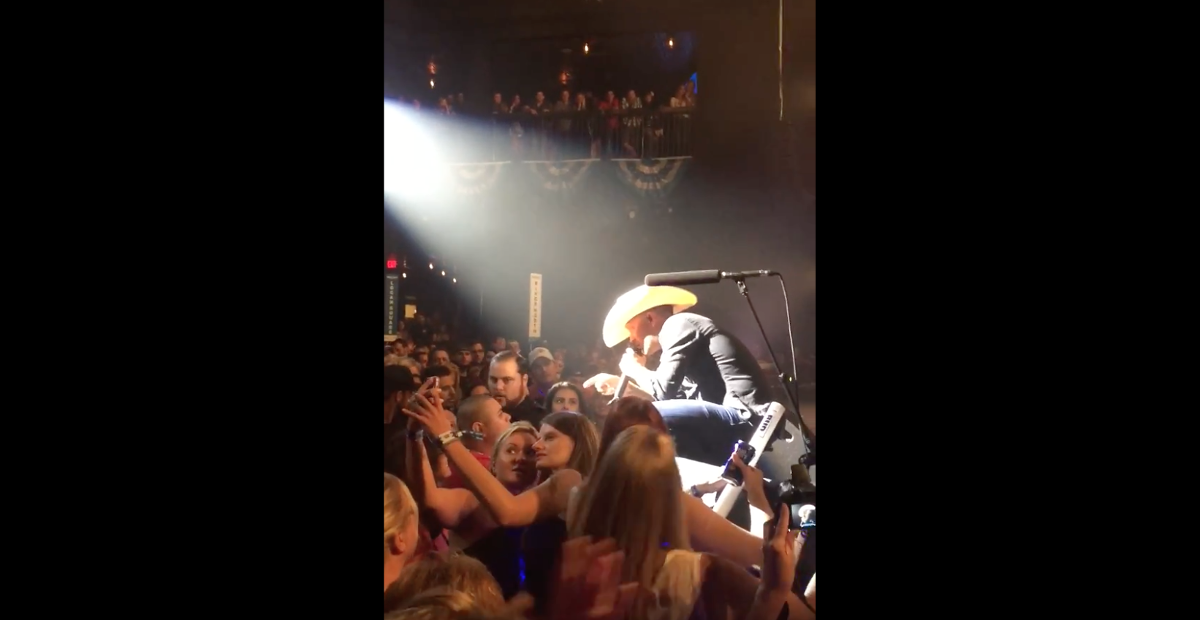 Justin Moore is one of those soft-spoken guys with a wife, family and a trunk load of country music hits.

But, we never knew he had this in him.

RELATED: Brantley Gilbert and Justin Moore are throwing political correctness out the window

At a Chicago-area show on Aug. 25 as part of the Bud Light Convention parties being held throughout the country, Justin was in the middle of his set when he noticed something stirring in the crowd. The crowd all turned their attention to the ruckus, as it became evident that a guy had thrown something at a woman out in the audience.

Justin went down to his knees as his band reluctantly kept planning, before coming out with this badass comment.

“If you ever throw anything at a woman at another one of my shows, I’m going to beat the fuck out of ya,” he yelled, his finger pointed straight at the guy. “Do you understand?”

RELATED: Seeing this country superstar share the spotlight with his daughter just made our hearts melt

It was a bummer of a situation in a week’s worth of awesome news for Justin, as his new album, “Kinda Don’t Care” reached the No. 1 spot on the Billboard Country Albums chart. Hopefully fans have heeded his warning from now on, as the Arkansas song slayer takes his “Take it Outside Tour” to Bonner Springs, Kansas and Atlanta throughout the last weekend of August.