Watch as this military family gets the surprise of their life 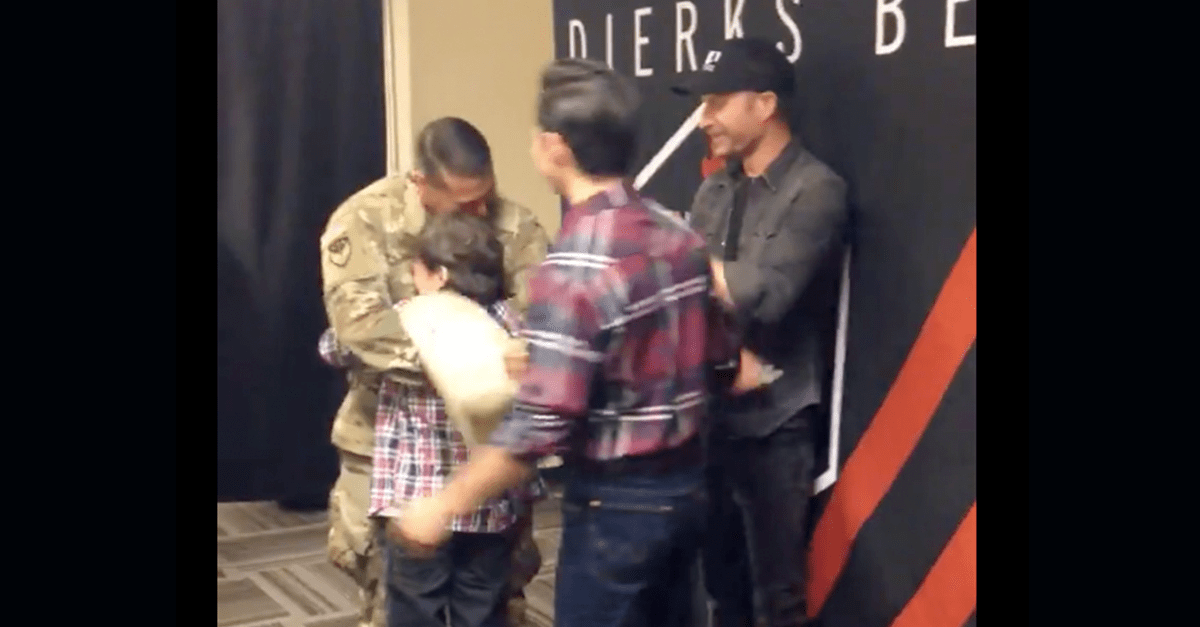 When country fans meet one of their favorite artists at a concert, the interaction is usually focused entirely on the celebrity. That wasn’t quite the case when the Mendez family met Dierks Bentley at his April 29 show in Fresno, California.

In a video posted on the concert venue’s Facebook page, you can see Corina Mendez and her two sons are seen interacting with Dierks. The meet and greet is going along very normally, until Steven Mendez walks in the room. The two boys immediately go and hug their dad tightly after his surprise appearance.

He’d been deployed overseas for the past 10 months, so this reunion is both spontaneous and just about the most heartwarming thing we’ve seen in a while. Appropriately enough, Dierks just goes to the side and watches this tender moment take place.

Later in the night, Dierks electrified thousands of fans with his headlining set on the What the Hell Tour stop. According to ABC-TV station KFSN, Dierks brought the Mendez family onstage for a tear-filled moment during the concert to thank Steven for his service. The service member then presented Dierks with a California military patch.

Seen many military family reunions on tv… first time to get to participate in one. Life changing. Thanks Staff Srg Steven Mendez and your family. #Fresno

As for his music, Dierks’ tour continues all summer long with special guests Cole Swindell and Jon Pardi. Get your tickets here.