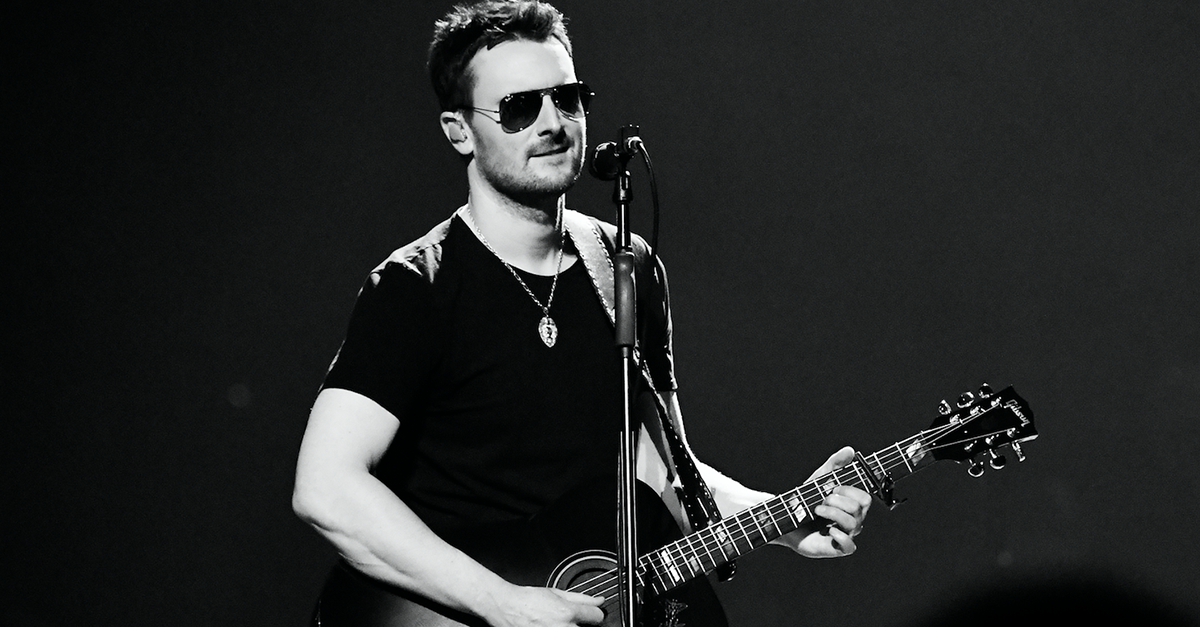 Eric Church played for sold-out crowds at Nashville’s Bridgestone Arena May 26 and 27, but the second show was a little bittersweet with the passing of Eric’s hero and friend Gregg Allman earlier that day.

The rocker passed away at age 69, and Eric has clearly been influenced by The Allman Brothers Band’s musical legacy. As a tribute to Gregg, Eric included a cover of the Allman BrothersBand’s “Midnight Rider,” which was included on their 1970 album, “Idlewild South.” You can see Eric’s performance in this YouTube clip.

RELATED: Country superstars are mourning the loss of a musical legend

Eric actually joined Gregg Allman for a performance of that song at a 2015 Grammy event in Los Angeles. According to “Rolling Stone,” the two also sat down for a Q&A session at that event, and Eric opened up about what Gregg’s music has meant to him over the years.

RELATED: The music world mourns the death of one of the men who made the Allman Brothers Band legendary

Eric said at the time, “Every time I heard anything Gregg had written, I believed it. It translated to me. My musical DNA cannot be explained without Gregg and the Brothers. I play country music, but that has nothing to do with genre — country, rock, whatever. Music’s music. And for me, growing up, there was a freedom that these guys provided me; an escapism that I didn’t find anywhere else. At times it saved my life. I wouldn’t be here if it weren’t for him.”

Eric also recorded the Allman Brothers’ “Ain’t Wastin’ No More Time,” and that cover version appeared on the 2014 tribute album, “All My Friends: Celebrating the Songs & Voice of Gregg Allman.”

Of note, Eric’s tribute to Gregg Allman on May 27 took place in front of the biggest concert crowd ever at Nashville’s Bridgesone Arena. Eric beat Bon Jovi’s attendance record at the venue with 19,020 tickets sold. We know Gregg would be proud.