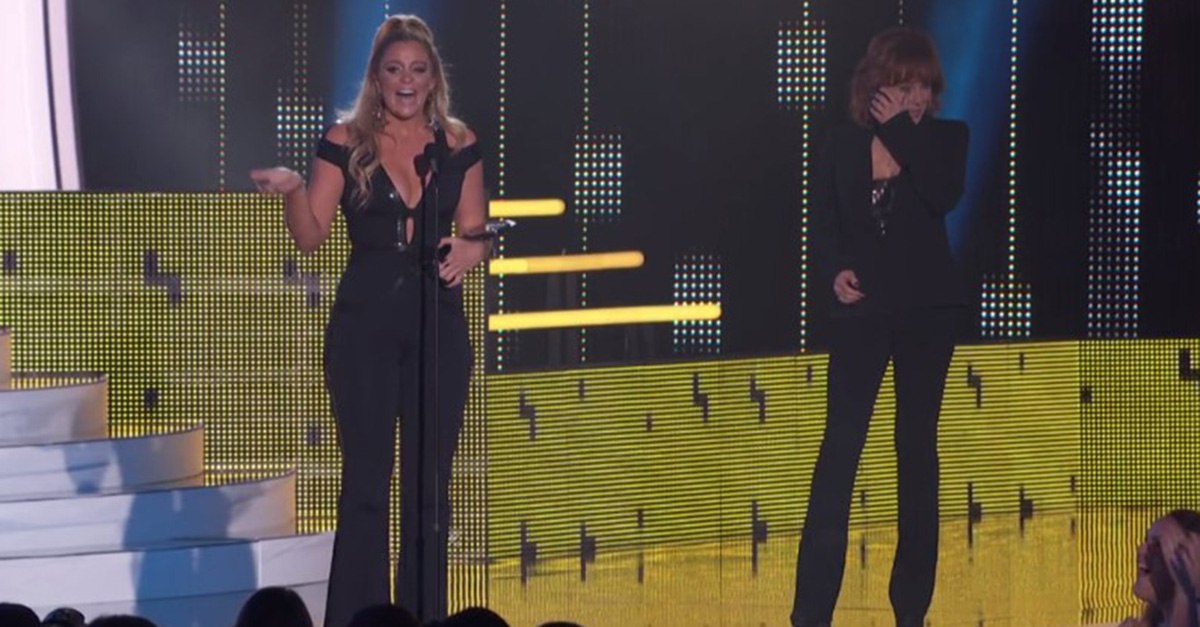 RELATED: Thomas Rhett slays his newest single amid these sultry backup dancers at the CMT Awards

Lauren had three nominations going into the star-studded night, but it appeared as though she didn’t plan out her acceptance speech. Instead, she had a very raw and emotional moment — one that made her famous presenter cry. You can watch the emotional speech here.

“I’m not good at this, I don’t know what to do,” Lauren, 22, admitted, while struggling to hold back happy tears. “Reba McEntire just gave me an award, so that’s pretty crazy!”

Upon hearing her name being dropped, Reba stepped aside and wiped away a tear from her eye. Of course, Reba knows exactly what it’s like to be in Lauren’s shoes, as she recalled the feeling of winning a similar award prior to giving it out.

“It’s a category that every single artist here can relate to,” Reba said, “I was performing for years before I broke through. I started off playing rodeos and kept working on my music for nearly a decade before I finally got my very first No. 1.”

Perhaps Lauren will feel that same way down the road. For now, she’s feeling the well-deserved success of her No. 1 single “Road Less Traveled.”

RELATED: A ’90s icon surprised a country up-and-comer with an unforgettable singalong

This is the cutest thing every. Congrats on your win @Lauren_Alaina pic.twitter.com/mj41ssfVeX

Lauren, who fittingly donned star-shaped earrings for the night, went on to thank those who have helped her along the way.

“Thank you to everybody at CMT … the fans … all of these people up here that I’ve watched get awards every year,” Lauren said, gesturing to get fellow stars in the audience. “You guys have inspired me. I am so nervous. I don’t get nervous. I can always talk! [And] Jesus. I should have said that first. Sorry, God! Everybody, thank you so much.”