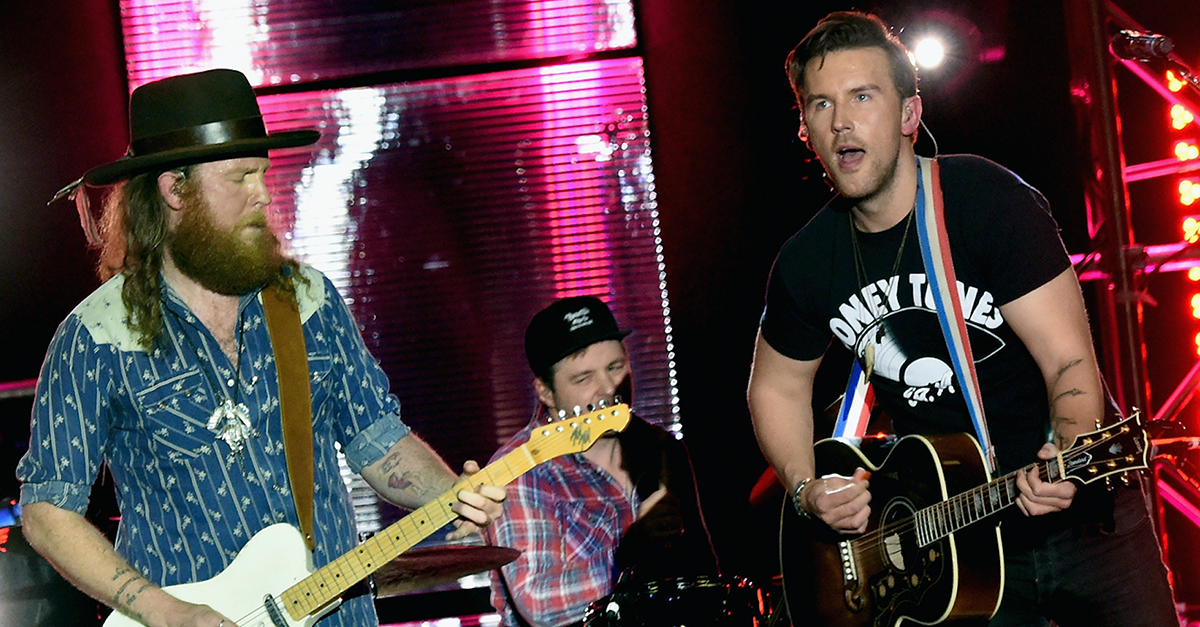 Outside of a drunken night at a karaoke bar, we’ve never heard a guy sing the Dixie Chicks’ “Goodbye Earl,” but the duo’s T.J. Osborne really shines on this spot-on cover of the fun revenge anthem. You can tell from the way the crowd is singing along, they agree that Earl really did have to die.

Other highlights of Brothers Osborne’s set included this fiery performance of their brand-new single, “It Ain’t My Fault.”

The crowd also sang along on the guys’ Grammy-nominated hit, “21 Summer.”

That's @brothersosborne performing their Grammy nominated song "21 Summer" at their first sold out show in Nashville. We love when good things happen to good people! ❤🎼🎤🎸

Before the show, Brothers Osborne were presented with a plaque to commemorate their platinum #1 hit, “Stay a Little Longer.” They gave a little acceptance speech at a pre-party attended by some of their biggest supporters in Music City.

Congratulations to @brothersosborne They just got a platinum plaque for their hit, Stay a Little Longer! Now, they are headlining their first sold out show in Nashville! Rare Country's @nashvillehk is there for the action!

Brothers Osborne are playing shows throughout the summer, but there seems to be a lot of open dates on their tour schedule. That’s got us hoping the duo will be back in the studio working on the follow up to their debut album, “Pawn Shop.”