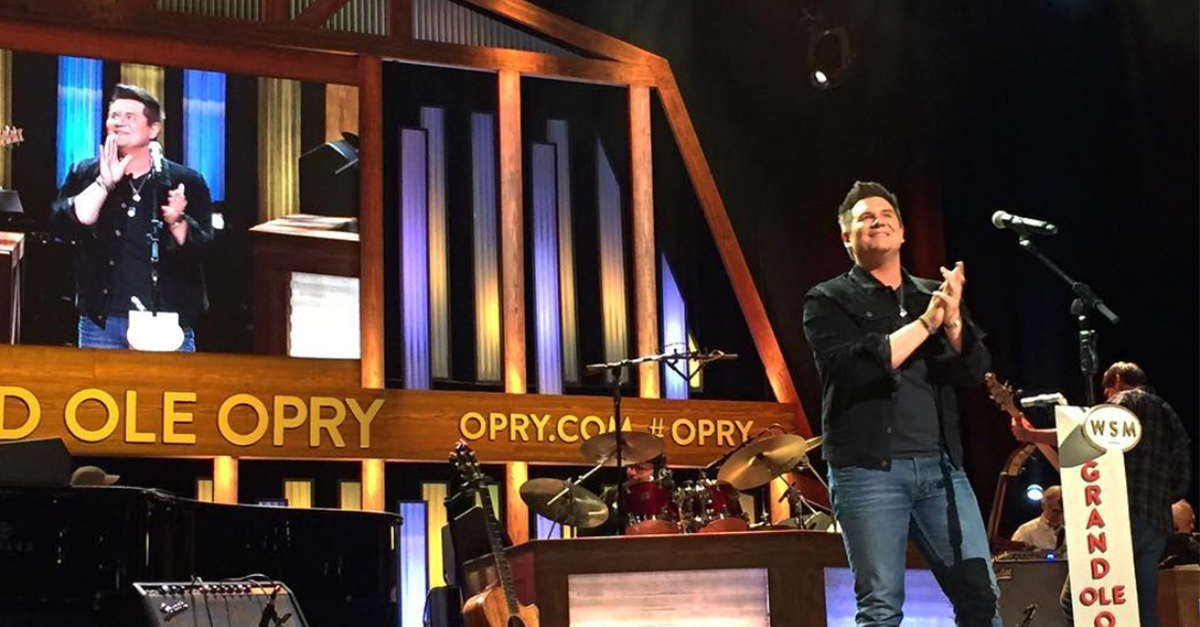 This is what it looks like when a hot, new country star walks off the Grand Ole Opry stage for the first time.

Rare Country was there as Adam Craig made his Grand Ole Opry debut on Feb. 4, performing his brand-new single, “Just a Phase.” The crowd loved every minute of it, and Adam was so excited once he made it through that milestone.

RELATED: One listen to this hot new country trio?s Grand Ole Opry debut and you will be hooked

You can see Adam exclaim as he walks through the stage door, “I’m kind of shaking a little right now. What?”

Adam then went on to greet his family and friends after the big moment. Many of them flew all the way from his home state of Washington to witness the moment in person.

The emotions ran high for Adam long after he left the stage.

He tells us, “There’s probably moments where I’m still about to get wet in the eyes. I’m about to lose it.”

What is my life?! #oprydebut

This big moment comes after years of hard work on Adam’s part. Up until now, Adam has written songs recorded by country stars such as Jason Aldean, Dustin Lynch and Love and Theft. “Just a Phase” marks the first time many will hear Adam’s voice on the radio, and he’s proud this is the song that’s introducing him to the world.

“Just a Phase” quickly became a favorite for folks who heard Adam’s EP, available now. He remembers one show in Illinois where he knew “Just a Phase” was destined to be a single.

Adam tells us, “I just sang the first line, and the crowd took the rest of it. It was insane. It’s on my Facebook somewhere. The song kept raising its hand. I’m so thankful.”

Adam will soon hit the road as an opener on Luke Bryan’s Kill the Lights tour. All this success is a sure sign to Adam that his hard work is now paying off big time.

He adds, “The 12 years of being in a 15-passenger van driving all night, five-hour gigs six nights a week. It’s all worth it. We’re here now. Dreams come true and we follow them. We get to do this. It’s a blessing.”