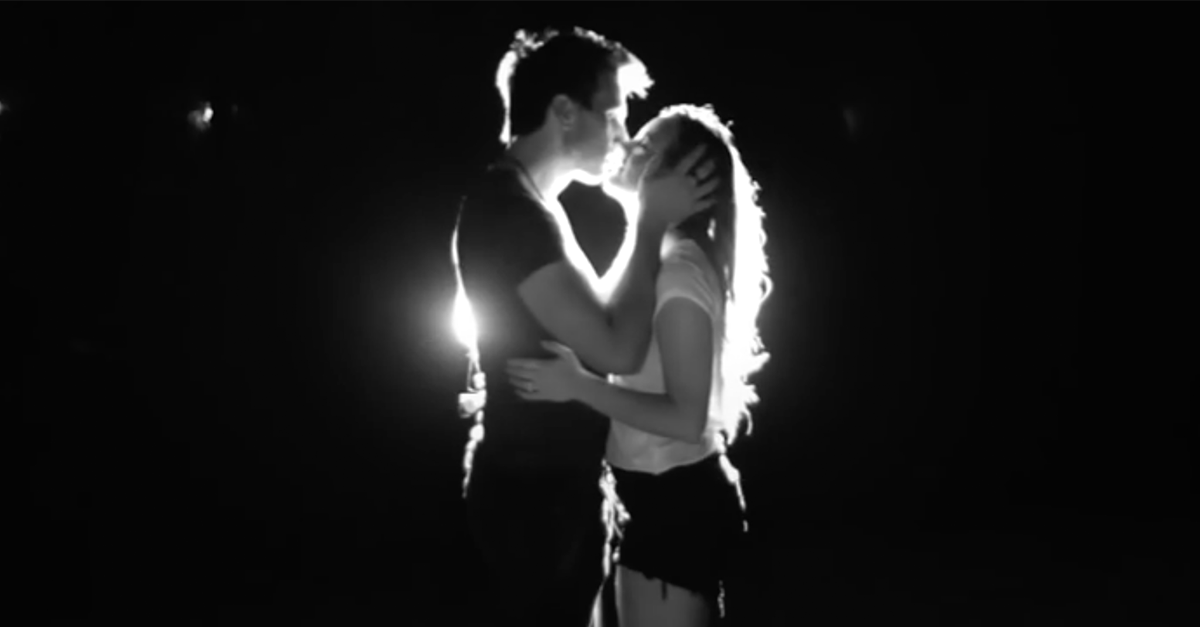 Country newcomer Russell Dickerson gets pretty hot and heavy with the female lead in his video, “Yours.” You’ll be happy to learn that woman is his wife, Kailey, and she did a lot more for this video than just look gorgeous for those kissing scenes. She actually shot and directed the entire thing!

After Russell wrote the song inspired by their four-year marriage, Kailey helped him come up with the idea for the video. In the black and white clip, Russell is walking down a long road singing the song as a thunderstorm comes up and starts drenching him with rain.

RELATED: A country star takes over ?The Bachelorette? with the love song of the summer

He tells Rare Country, “We saw the same vision for the video, and went out and started to shoot test footage. All of a sudden, this storm started rolling in, and she was like, ‘OK, here we go.'”

Russell and Kailey first met when they were students at Belmont University in Nashville. He was studying music, and she found her niche photographing all the up-and-coming artists going to that school. As Russell’s star has begun to rise in country music, Kailey has branched out into music videos in addition to photography.

RELATED: These country music videos are smoking hot thanks to these real-life couples

For Russell, it’s an ideal situation to share this creative outlet with his wife.

He says of shooting the video, “It’s kind of an intangible thing, because I get to sing this song that I wrote about her directly to her behind the camera. It’s not like me singing to 300-pound Scott with a beard shooting the video with a camera, you know?”

Russell adds, “She’s just really good at what she does.”

Look for Russell to perform “Yours” on NBC’s “Today” coming up July 10. His debut album, also titled “Yours,” will be out October 13.