Watch Thomas Rhett bring the fireworks with this star-studded show 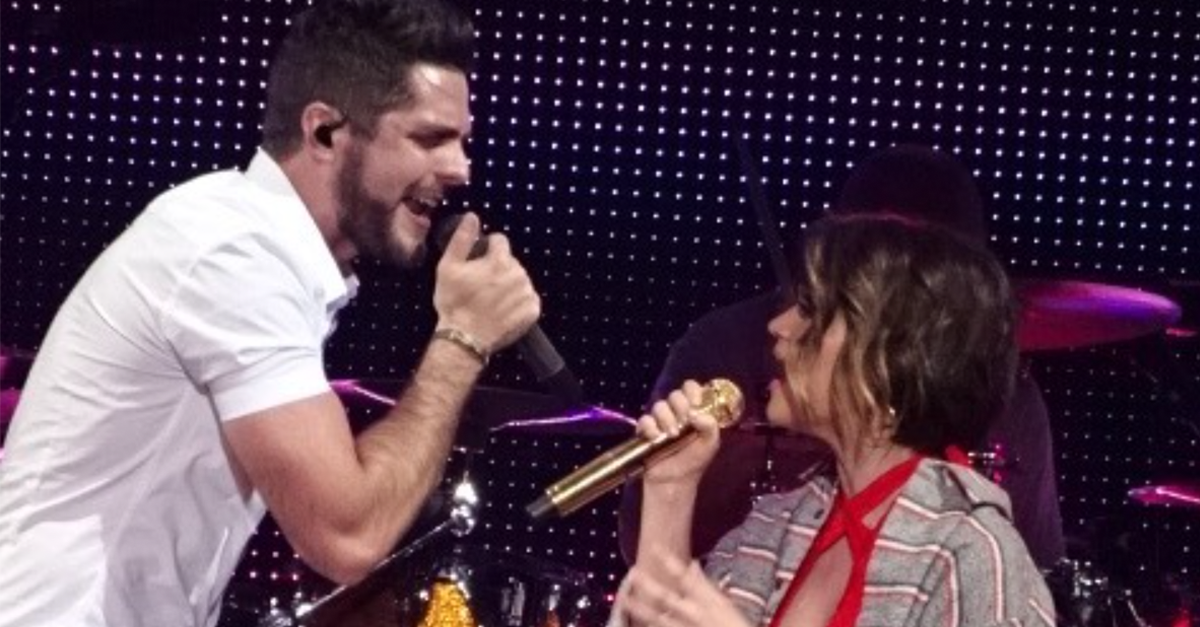 Thomas Rhett played the first of two sold-out shows at Nashville’s Ascend Amphitheater on April 20, and he brought along a few famous friends to make the night even more special.

After opening sets from Kelsea Ballerini, Ryan Hurd and Russell Dickerson, Thomas took the stage singing a soulful version of his hit “Crash and Burn.” The hit parade continued with “T-Shirt” and, of course, “Die a Happy Man” was a big moment. He dedicated that one to his pregnant wife, Lauren, who regrettably only appeared onstage via video throughout the night.

RELATED: Thomas Rhett tell us about his hopes and fears surrounding adoption

What a night! @marenmorris just joined @thomasrhettakins for "Craving You" in Music City!

Welcome to the #hometeam tour @marenmorris! You sound so good singing "Craving You" with @thomasrhettakins!

Thomas did wow the crowd bringing out Maren Morris to recreate their ACM Awards moment with “Craving You.” The crowd erupted as she joined Thomas for the sizzling collaboration.

Later in the night, Thomas welcomed his pal Dierks Bentley to sing “Somewhere on a Beach.” By the point in the show, the Nashville Predators had just beaten the Chicago Blackhawks to win the first round of NHL playoffs, so the entire city was celebrating. Dierks had just come over from the game at Bridgestone Arena, where he’d been hanging out with Luke Bryan.

I don't think we should take all the credit but I will say once @lukebryan and I put these hats on the @predsnhl scored two goals in a row! Just sayin. #GoPreds

At the end of the show, Thomas brought out all of his openers for a finale performance of Bruno Mars’ “24K Magic,” complete with a big fireworks display.

On an editorial note, Thomas worked his butt off entertaining the crowd with an innovative video display and a high-powered band backing him up. This show will have CMA Awards voters seriously considering Thomas for that top Entertainer of the Year nomination when it comes time to vote this fall.