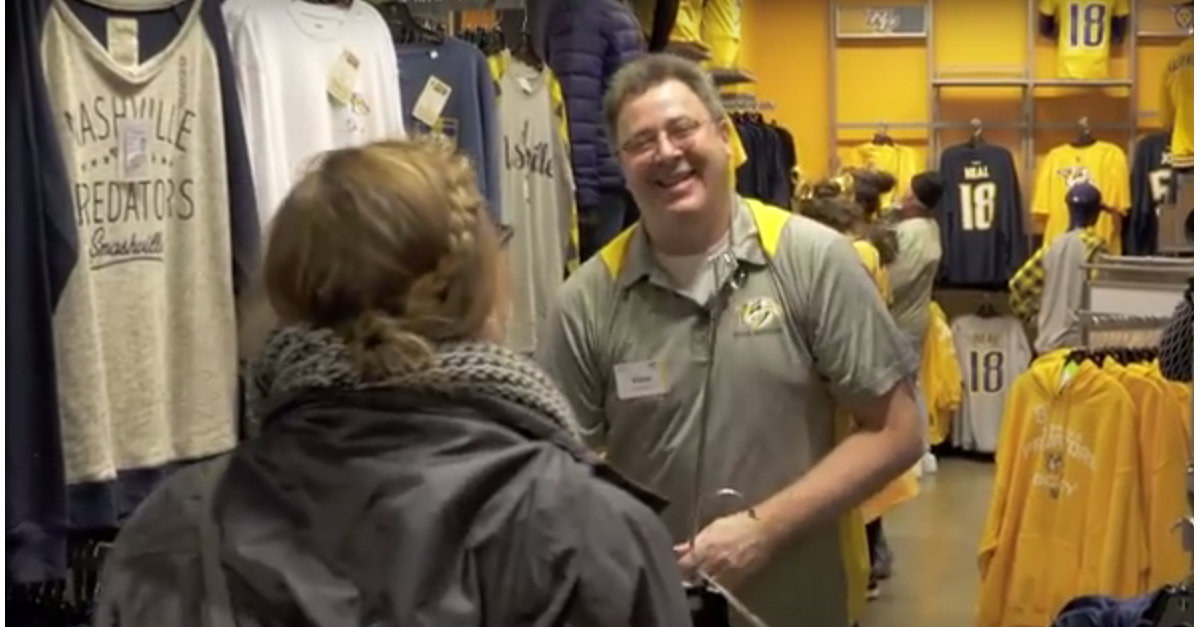 If Vince Gill ever took a job in retail, he’d be named employee of the month – every month!

The Country Music Hall of Famer recently traded out his microphone for a high-reach hanger hook to play a store clerk for a day at the Nashville Predators merchandise store in Nashville, Tennessee!

RELATED: Vince Gill and Willie Nelson absolutely blew us away with this classic number

Needless to say, he made working look like a whole lot of fun!

In this video, Vince showcases his goofy side, as well as his country charm. He utilizes his trusty garment reaching stick to make conversation with the shoppers. Meanwhile, he enthusiastically assists them with all of their clothing needs from getting T-shirts off some of the highest racks, to finding the right sized jerseys. Turns out that his gestures earned him a few “wows” too!

Aside from being, perhaps, the nicest retail worker ever, Vince also provided handy information about the Predators to his customers.

“‘Arvie’! That’s a good number,” he told one customer, as he picked up Nashville Predators player, Viktor Arvidsson’s jersey. He also raved about Viktor’s teammate, P.K. Subban saying, “C’mon! Do you like gold? P.K. is number 76.”

Vince’s love for the Predators team runs deep. In fact, he was chosen to be on the committee that picked the design for Nashville’s Bridgestone Arena, where the Predators play. He’s even held season tickets for several seasons, according to the Tennessean. In addition to that, Vince occasionally serves as a commentator during some of the Preds hockey games.

Watch Vince flaunt his fandom for the Nashville Predators in the video above!