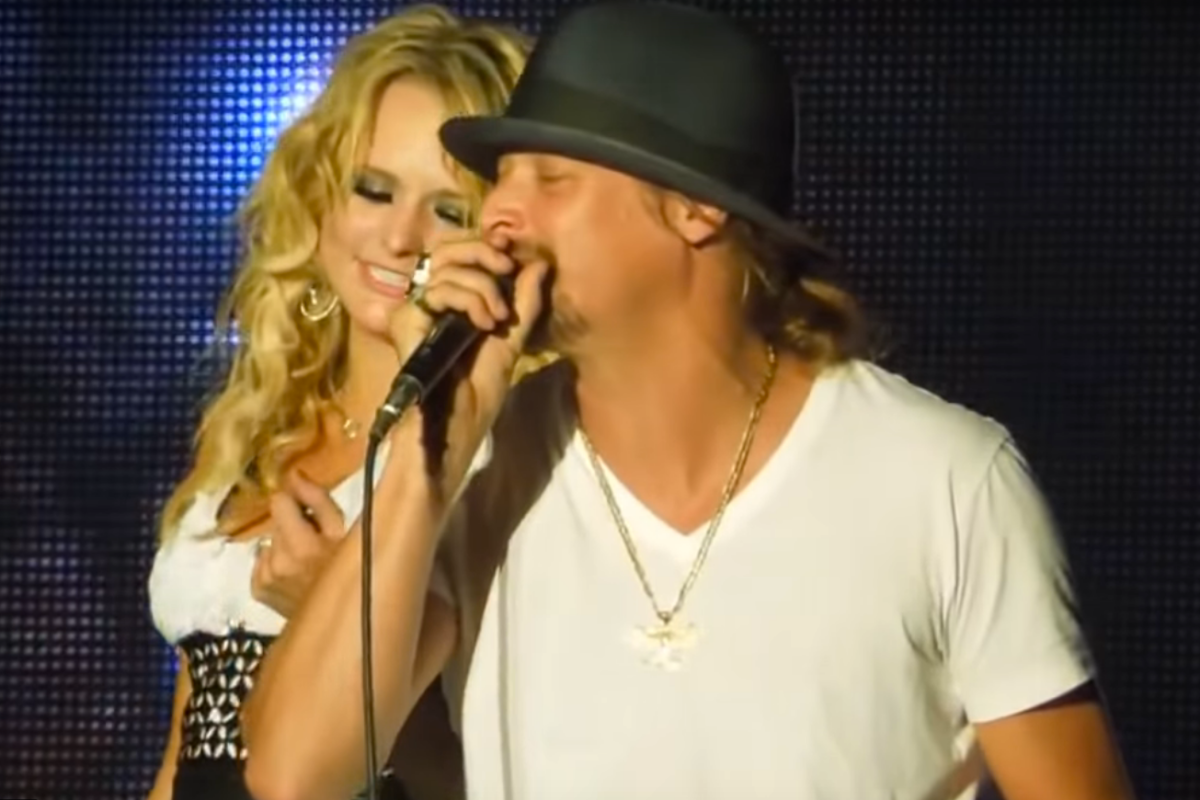 Every guy dreams of finding himself in the middle of two gorgeous blondes and one hot brunette. Of course, if you?re Kid Rock, all you need to do to make that happen is make a phone call.

Get your mind out of the gutter, we?re talking about singing.

When Kid Rock appeared at the 2012 Detroit Downtown Hoedown show, he found himself in a slew of hotness as Miranda Lambert, Ashley Monroe and Angaleena Presley — better known at the time as the Pistol Annies — joined him onstage to perform his hit song ?Picture.?

Trading lines amongst themselves, the girls get an A for effort, but it seems like maybe this was an off-the-cuff performance someone suggested right before they took the stage.

Apropos for a song about a guy with multiple women but one good woman waiting on that man, Kid has performed ?Picture? with many a country starlet. He first recorded the song with Sheryl Crow for his 2002 album “Cocky,” and it was nominated for a CMA Award. Since then, he?s performed the song with Gretchen Wilson, Martina McBride, Kellie Pickler, LeAnn Rimes, Jessie James and Allison Moorer who re-recorded it with him since legal wars brought to light the fact that the version with Sheryl Crow couldn?t be released as a single.