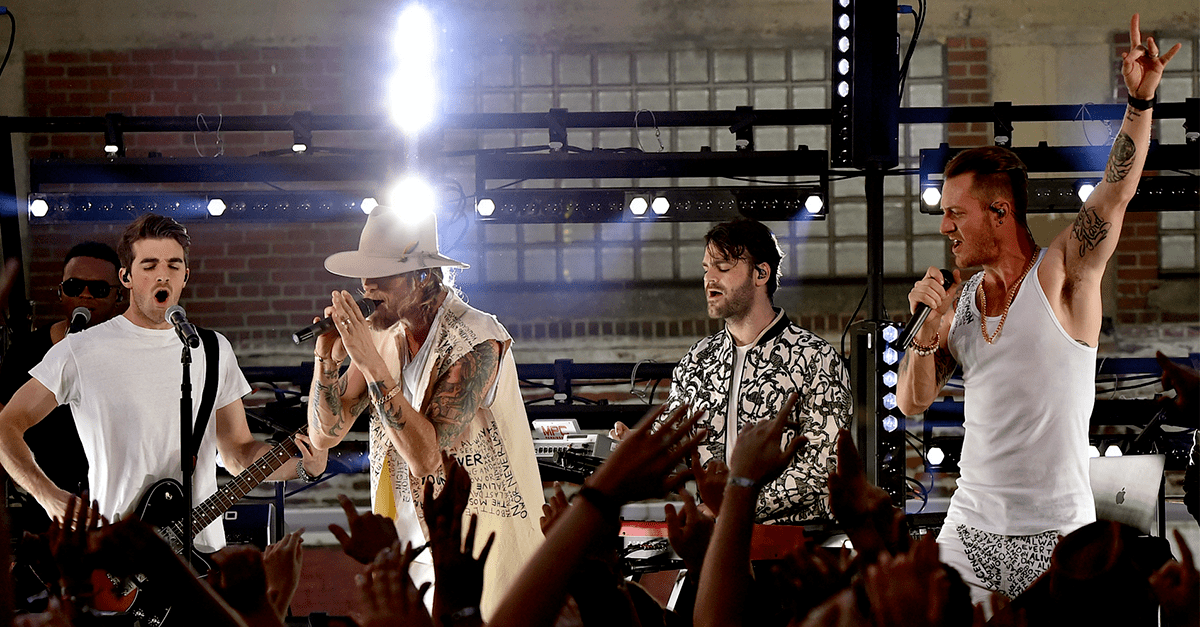 Florida Georgia Line teamed up with pop super-duo The Chainsmokers to perform their new collaboration, “Last Day Alive,” on the “2017 CMT Music Awards.” Instead of singing on the main stage, FGL took viewers to the roof of their just-opened restaurant in downtown Nashville, FGL House. It was a huge moment in the show highlighted by a big fireworks display over the city.

Though this pairing may seem a bit out of the box, FGL pretty much wished The Chainsmokers collaboration into existence.

RELATED: Here’s how you can party with Florida Georgia Line any day of the week

During an interview, FGL said they’d like to collaborate with The Chainsmokers at some point. Shortly after they said that, FGL got the demo from the duo for “Last Day Alive.” We recently caught up with the guys and asked them how this collaboration stretched them creatively.

FGL’s Brian Kelley tells Rare Country, “I think it stretched us vocally, in a sense. Both of us, I think, sang different parts that were a little higher for us and a little different, but at the same time right in the pocket. I think it’s a beautiful song that both of us fell in love with, and both of us feel. It’s real to both of us.”

RELATED: Baby number one is on the way for this country couple

The song also mashes up multiple genres, which is an FGL specialty.

Brian adds, “We grew up loving rock, rap, hip-hop, country, you know the deal — R&B, all of it. That song, for us, was a little bit of everything.”