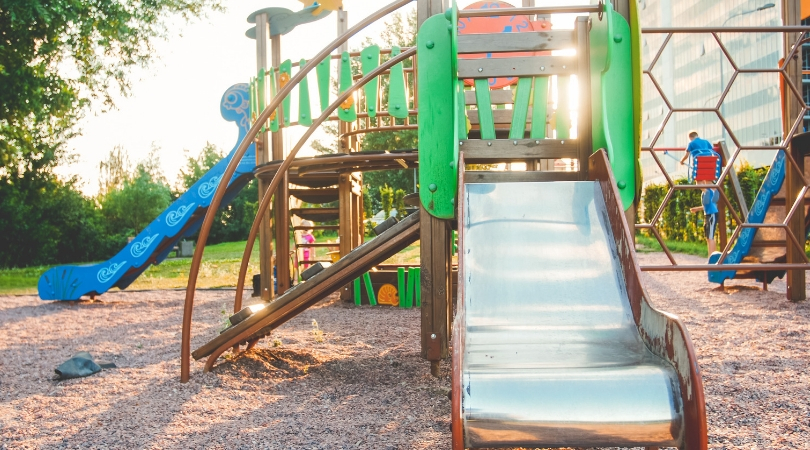 If I recall correctly, and maybe I don’t because of all the times I smashed my head into the hard concrete and metal on the playgrounds I played on as a child, but didn’t every child in America born before 1990 have to deal with torture facilities masquerading as playgrounds? Why does this kid get a pass for, of all things, a slide that was too steep???

Not to be a, “I walked uphill both ways to the lead mine that my school was in” type of old guy here but the playgrounds I grew up playing on were less regulated than the cocaine industry. If something was sharp and rusty you just tried to avoid it. If you fell, you probably bled. The fun was the danger. (And when someone else got hurt it was hilarious.)

But not for this New Jersey kindergartner. The kid went down a slide that at Griebling School in Howell Township, New Jersey in October 2014 that was “too steep,” got a little bit hurt, and won nearly two hundred grand in damages. All this because, apparently, the slide was 5 degrees steeper than federal rules permit. (This slide was 35 degrees instead of the permitted 30 degrees.)

That sentence wasn’t a lie. Not even satire. There are federal rules about slide angles. And this slide barely violated it.

Granted, the girl’s family and legal team are adamant that the injuries she suffered were fairly significant. No, she didn’t lose an arm or anything, but she did indisputably suffer significant scarring.

It should also be said that it is, of course, good for people who have been wrongfully harmed, whether that injury is small or large, to be compensated for their injuries. Mostly I’m just mad that this kid got paid for getting hurt on a dangerous playground while me and my generation were forced to play on decommissioned World War 2 prison camp materials and got nothing for it.

This article was originally published on November 4, 2019.