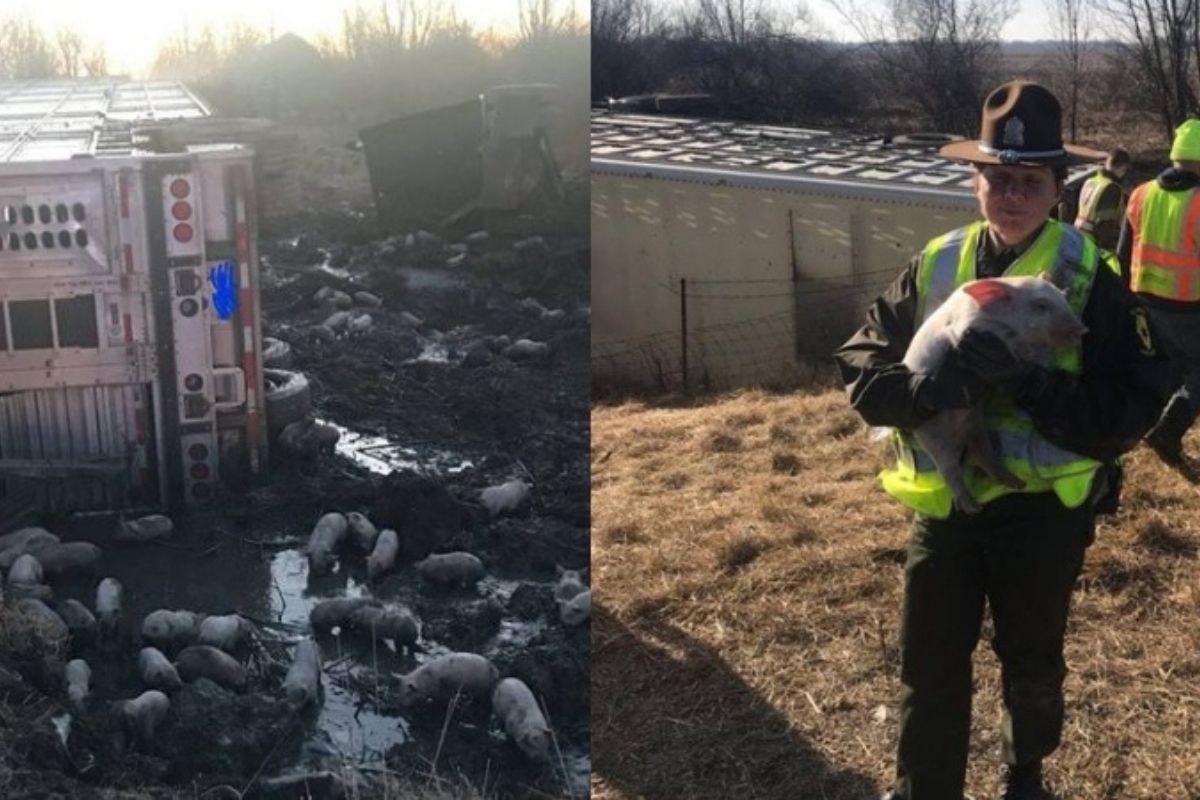 Watch out, Illinois drivers, it looks like you have a very ‘pig’ mess coming your way! The Illinois State Police is warning drivers to use caution after 3,000 piglets are loose on eastbound I-70, near mile marker 127! Yes, pigs on the loose, what a beautiful and terrifying site all at once.

Officials said the animals were scattered across the side of the Illinois highway after a crash occurred involving an overturned livestock hauler. Skyzoom drone cameras were able to capture several crew members rounding and offloading piglets, that were either lost or trapped inside the truck.

Luckily neither the animals nor the driver were injured, but I bet that driver had a million thoughts running around his head as soon as he heard that door open and those tiny footsteps rushing across the back of the truck.

What’s the worst part of this whole situation? Well, several pictures showed the pigs running around on watery mud areas, and let me tell you, pigs and mud is not a good idea. Try explaining to your boss that there are more than 1,000 piglets running loose on the side of the road and they are all covered in mud. Yikes!

The Illinois State Police District kept the public updated through Facebook, showing workers from several departments around the city helping pick up the piglets, grabbing them one by one and transporting them to safety. Those poor workers are going to be a mess. It’ll take more than two hours, that’s for sure.

Safe to say that social media users did not hesitate one bit to make jokes about the poor little piglets. One user tweeted, “One is going wee wee wee all the way home,” while another one tweeted, “and this little piggy ran across the interstate.” Ah, I love social media.

Nearly 3,000 piglets on the loose after crash on I-70 in Illinois

Turning a scary situation into a funny one in a matter of seconds is definitely their hidden talent. Props for making us laugh on a Friday, Illinois. In all seriousness though, I really hope they get all those piggies asap.

Editors Note: This article was originally published on March 22, 2019.

Watch: 12 Hilarious Horse Photobombs Because They Are Always the Center of Attention