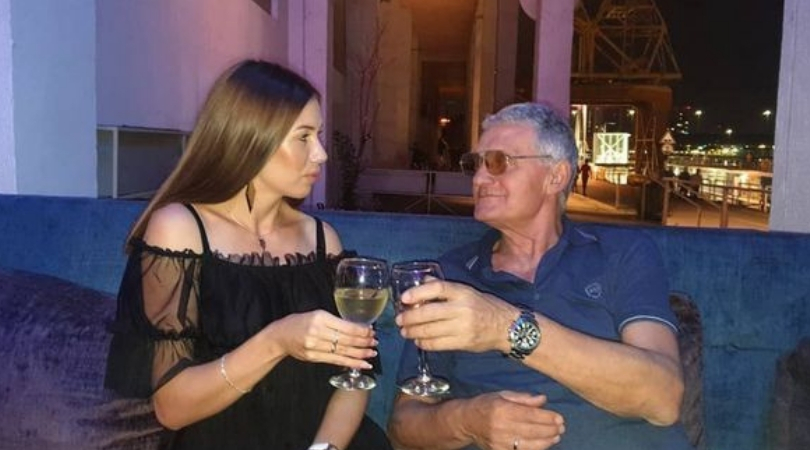 Some girls just have a type. And this 21-year-old from Serbia is definitely one of them. Milijana Bozic married 74-year-old Milojko Bozic from Pilatovici in western Serbia’s municipality of Pozega in September 2019. Despite their 53-year age gap, they made it work and decided to live happily ever after. Unfortunately, it quickly came to an end.

Turns out the 21-year-old was caught kissing 60-year-old Nemanja Stamatovic Zabac. Not only was she caught by her husband, but by a camera. Why a camera? Well, this all happened on the Serbian Reality TV show ‘Parovi’, which translates as “Couples” in English. The 21-year-old was also caught showering with another man in the same house as her husband.

During the show, Milijana Bozic is seen entering the shower with her “latest lover” and was caught by her husband. But reportedly this isn’t the first time the woman has cheated on her partner. This incident came weeks after she was allegedly photographed in bed with another older man, who is married and has children. It seems to me like this woman is after one thing only.

Taking advantage of the situation, local media alleged she also had sex with the man even as her husband slept in the bed next to her. Which his kind of gross and insane, because this man would have probably woken up. But hey, maybe he’s a heavy sleeper? But wait, there’s more.

During the first season of the show, she also confessed to giving a 35-year-old married man oral sex. While her husband forgave her on that occasion, the incident proved to be the last straw. The 74-year-old man was so distraught that he had to be removed from the show because of “health concerns.”

I mean, we all know he probably had high pressure after this because he couldn’t believe this woman’s sex life without him. So, I guess divorcing her was the only way to get back at her. Let’s just hope she doesn’t ask for any money. But let’s be real, this 21-year-old woman will probably be okay.

I don’t know about you, but I need this reality show to be aired in the United States. This is just too much, reality TV in Serbia is wild. But I totally feel like this could also happen in Florida.

Editor’s Note: This article was originally published on Nov 22, 2019.