A cyclist decided to ride his bike on top of picnic tables, but it didn’t go too well 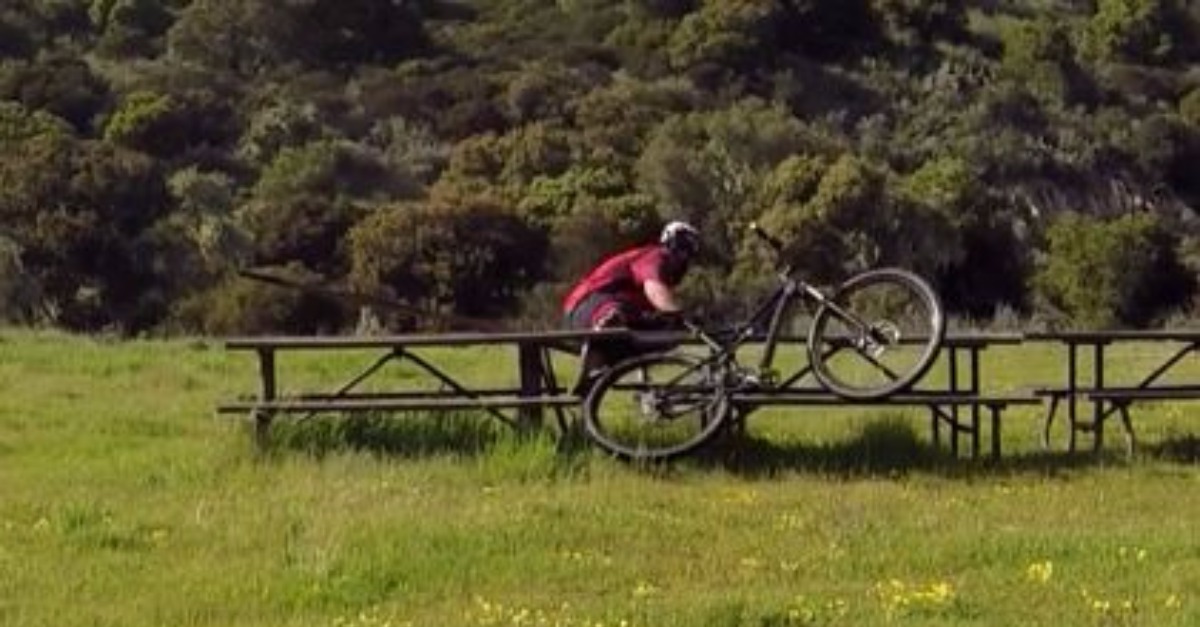 A man decided to ride his mountain bike on top of a row of picnic tables because, well, why not?

RELATED: This man hops on the back of a friend’s ATV, but his ride didn’t last long

His idea for an adventurous ride doesn’t go as planned, though, as his right leg broke through one of the tables as he attempted to turn the bike around. He ended up falling off the picnic table to the ground, but in the process, his leg got stuck on the broken table, and it was difficult for him to get free.

If there’s a lesson to be learned from this incident, maybe it’s that you shouldn’t ride your bike on top of tables.