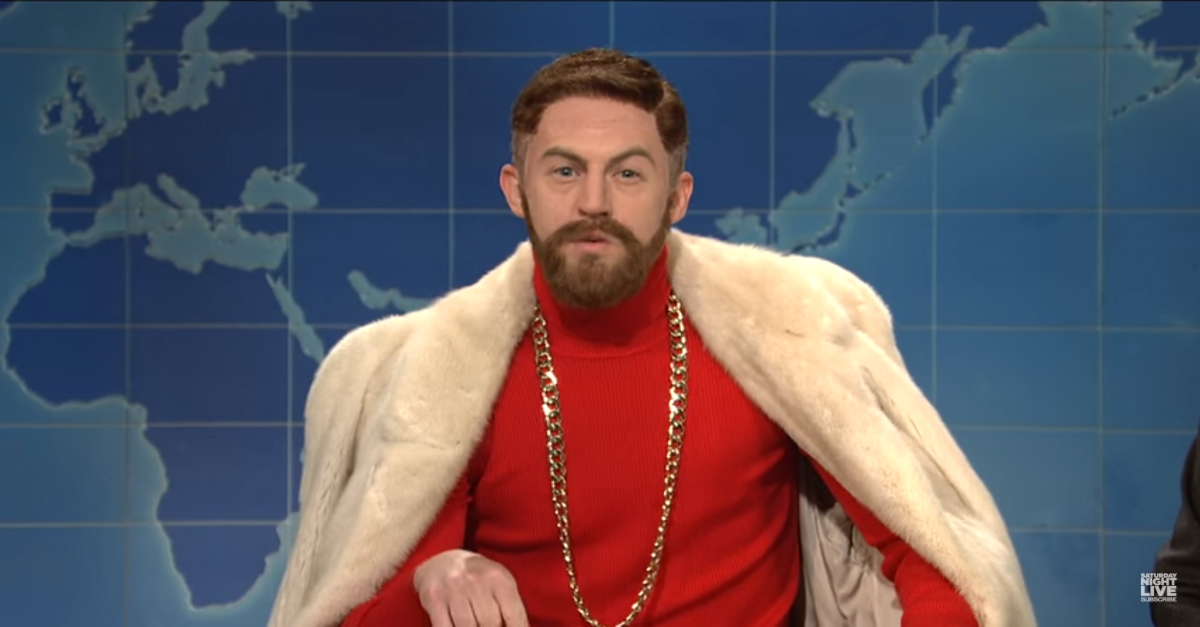 Just like the real ultimate fighting champion, the phony McGregor is excessively confident about his chances against the undefeated Mayweather.

“I’ll beat anyone at their own game,” comedian Alex Moffat — who portrays McGregor — said to host Colin Jost. “Next week, I’m going to fight that shark that beat Michael Phelps in that swim race. And both parties have agreed to shark rules – underwater, just teeth!”

He then talked about his famous punching power and Irish heritage. “I’m going to drive Mayweather out of the ring the way St. Patrick drove the snakes out of Ireland – piss drunk while screaming something about Jesus,” Moffat said. “And alls it’s going to take for me to win is one punch.”

This isn’t the first time that Moffat has performed as McGregor: