A street performer completely ruined a police officer’s moment of fame when he began yelling profanities at a passerby.

Live TV goes wrong in #Leicester as a silver painted mime act shouts "F**k off!" at a man in the city centre, whilst police are interviewed! pic.twitter.com/wqkoknlLvI

The policeman was being interviewed on the streets of Leicester in the U.K. by a local BBC news reporter. Everything was going well until an unseen man began yelling the phrase “Fuck off!”

RELATED: A stranded hiker spelled out a hilariously inappropriate SOS message with rocks — and it confused the hell out of a local news anchor

The journalist apologized for the interruption as the camera operator panned to the right to reveal a mime covered head-to-toe in silver paint freaking out. He appeared to be confronting a man, while a second police officer tried to diffuse the commotion.

Thankfully, Twitter user Matt Sibson used a cell phone to record the scene as he saw it on TV.

Dont think he's quite got the mime thing down pat ….

He'll get a good miming off back at the institute of mime !!

no way hahahaha its the silver man who danced for us on saturday night hahahaha pic.twitter.com/K1Ab12MZK0 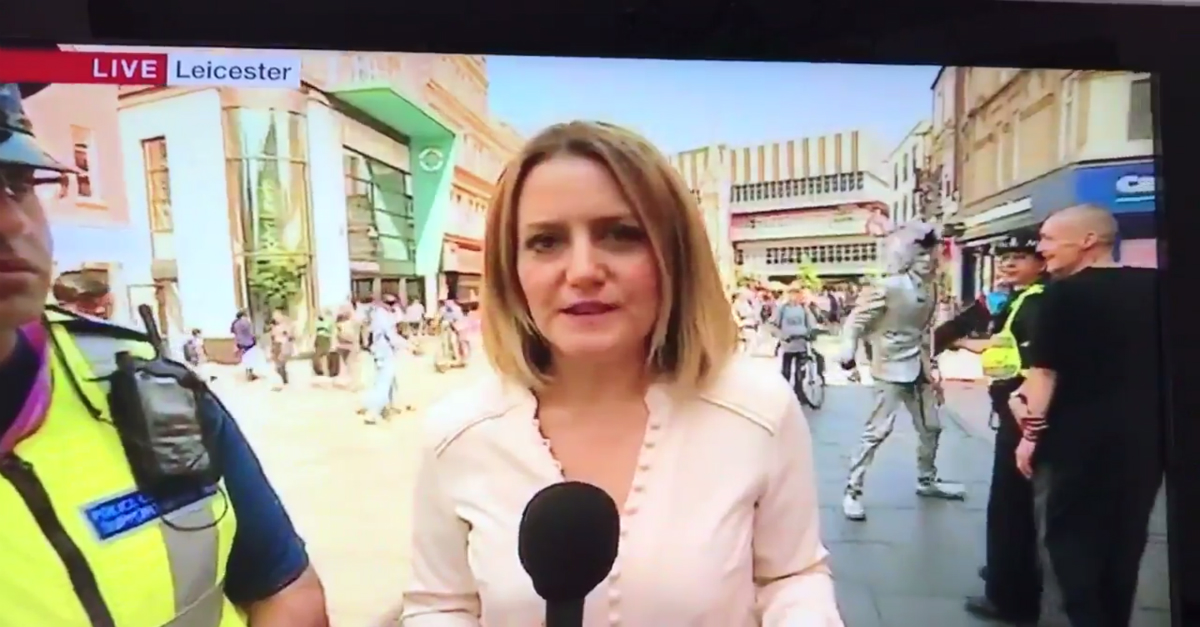