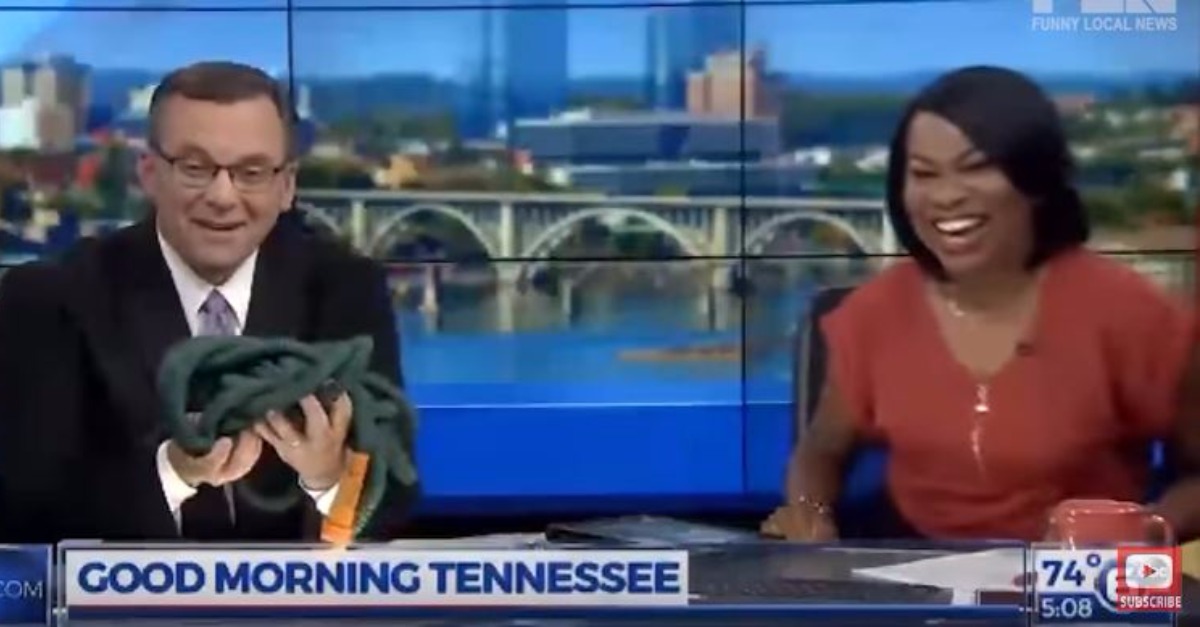 After a hose distracted the anchors of a newscast, a weatherman said something that sounded terrible in this hilarious news blooper.

RELATED: This weatherwoman couldn’t keep it together after the anchorman made a comment that sounded very NSFW

It’s unclear why the hose made an appearance on the newscast, but the clip starts with one anchor laughing while accusing the other of tangling up the hose. They then go to the weatherman for the forecast, but the hose remains the topic of conversation.

The anchor who accused the other of tangling the hose up takes it upon herself to wrap the hose up using what she says is “girl scout technique.” After the weatherman says the two anchors are taking up his weather time, he finally gives the forecast. Things get awkward when he sends it back to the anchors, though.

“Let’s go back to the hose,” he said. “Oh, that sounded terrible!

As hilarity ensures, he continues, “Back to the hoses. Goodness, gracious. Oh man, and I’m sorry.”

“Ask the teleprompter to scroll back up to the top of that script, and we’re pretending like that moment did not happen,” one anchor says.