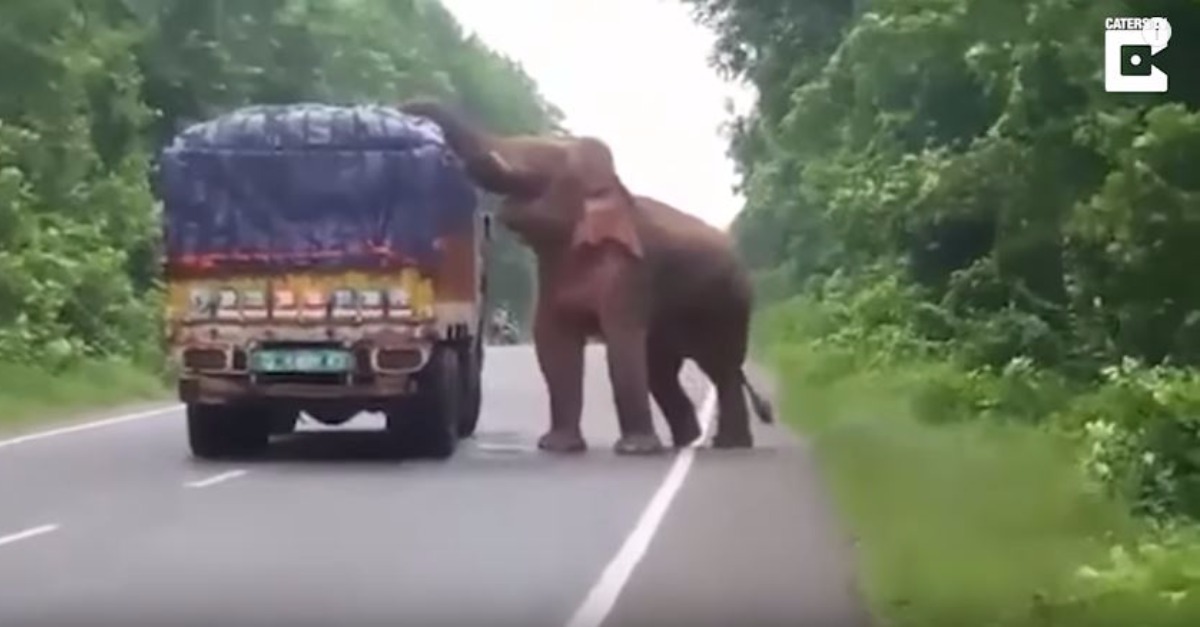 While driving a truck full of potatoes in East India, a man got a surprise visit on the road from a hungry elephant.

RELATED: Just in time for the summer heat, the Vienna Zoo opens a new bathing pool for their elephants

The wild elephant decided it was snack time, as his trunk was inside the truck just a few seconds after he appeared. As he consumed potatoes, bystanders tried to stop him by shouting and other various tactics, but the elephant couldn’t be distracted from the food.

The occurrence was caught on video and uploaded to YouTube. While funny, it also points to habitat fragmentation and loss that leads to endangered elephants coming into contact with people more frequently. While the animal wasn’t hurt in this case, not every interaction with humans is harmless for elephants.