Over-the-top, step-by-step, choreographed marriage proposals that are recorded and shared with the world can’t help coming off as irksome.

RELATED: A man popped the question during a meet and greet with Céline Dion and the look on her face says it all

But the video we’re about to discuss is not a feature length film that’s been touched up to impress strangers. This video is about a man who proposed to the love of his life while on a small plane and immediately puked his guts out.

Twenty-six-year-old Darrell Hamilton Jr. of California, who goes by D-HAM HAMILTON on YouTube, where he uploaded the video, had planned the perfect proposal: a private plane ride, a ring and a big question for Rheanna Lopez, 35.

What he didn’t account for was motion sickness that was probably complicated by nerves.

“I started to get motion sickness because I was messing with my electronics too much,” Hamilton told the New York Post. “That’s when I felt sick real fast. It didn’t help that the pilot kept tilting the plane to give us a good view.”

“I held it as long as I could. I remember feeling really horrible and wanting to hurry up to find the sign,” he added. “I just wanted to get it over with. We found my cousin’s property and I told her, ‘Do you see anything in the back yard?'”

Hamilton had arranged for a sign to be held up back on solid ground that his girlfriend was supposed to see so he could present the ring.

That backyard sign apparently had a typo. It said “Merry me.” Lopez didn’t end up seeing it.

Hamilton knew he was going to hurl and went through with the proposal anyway.

“She kept looking but I couldn’t wait any longer,” he said. “I didn’t even ask her — I just showed her the ring and took a deep breath.”

The look on her face was priceless.

But for better or for worse means just that. Lopez ignored the turbulence and provided the smoothest of landings. 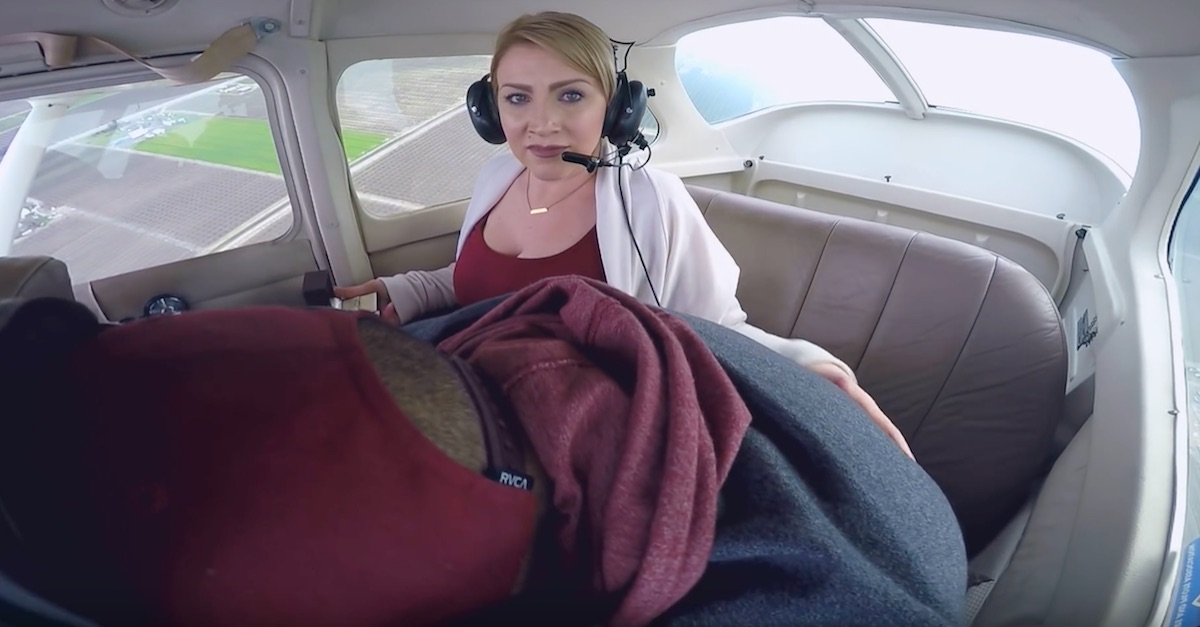