The world has endured a lot of really terrible fashion trends inspired by the younger generations — $95 jeans that are torn to shreds, cargo shorts, wallets attached to chains and the “bump” that every high school girl wore in the late 2000s are just a few examples. But perhaps no previous fashion trend is as ridiculous as “meme eye makeup.”

Essentially, what’s happening is girls are panting memes on their eyelids. And like all memes that go viral, these pictures are getting a lot of traffic. Here’s one with the meme guy who’s become known as “Salt Bae.”

But of course, they’re everywhere. The Kardashians are obviously making an appearance.

A post shared by Shop Miss A | Beauty Brand (@shopmissa)

RELATED: We finally know how Joe Biden feels about those “bromance” memes with President Obama

Some of these, like this “Arthur fist” meme, are pretty intricate.

Kermit the Frog is a pretty standard meme guy.

Okay, this is just impressive.

RELATED: This guy got caught checking out girls at yoga class and immediately became a meme

And, a few more Spongebob memes.

thought i would do a meme makeup look!! (excuse my brows & that patchy shadow idk what its doing)
inspiration was @thai_brows pic.twitter.com/ZtzYZVA4kv

We don’t even know what meme this is. 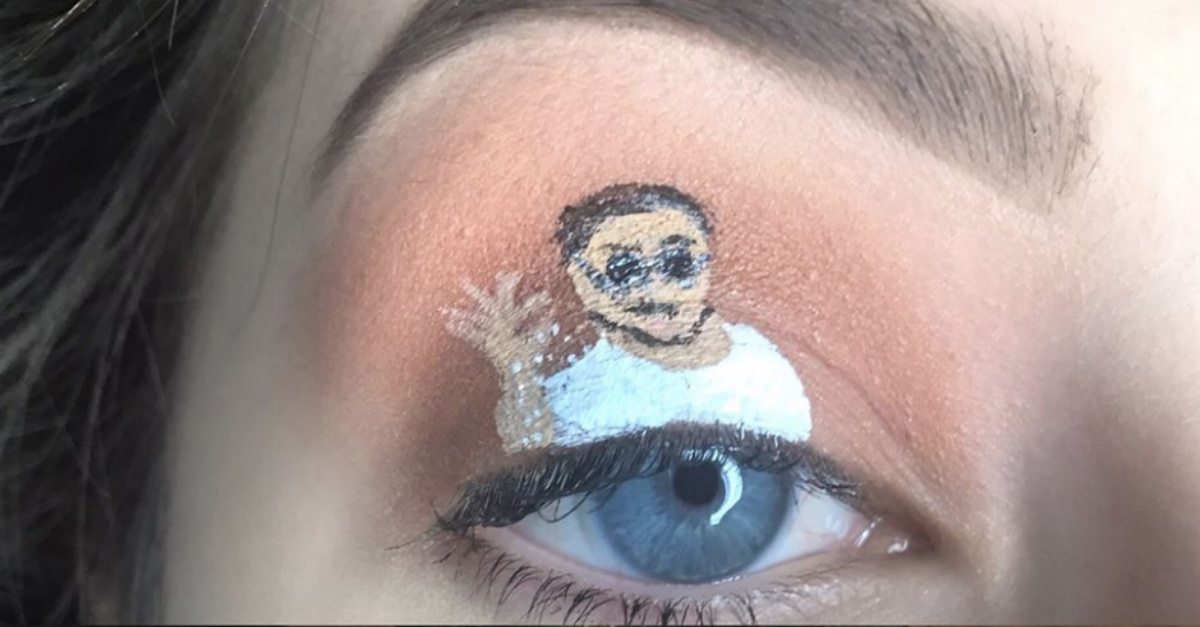