No matter how old you are, or whether you’re Irish or not, it’s incredibly easy to get excited for St. Patrick’s Day. And that’s exactly what was going on with this little guy who happened to find himself in front of a microphone.

At first he was wildly pumped to announce that it was St. Patrick’s Day, but then he remembered that he was actually one day early–but still, a parade! He also promises that the parade will quite the event, announcing “we’re going to have drinks, doughnuts–I love doughnuts.” He also revealed that during the parade “people are going to throw candy at you.”

RELATED: A Boston weatherwoman finally caught the Abominable Tree Man on camera when he wandered into her live shot 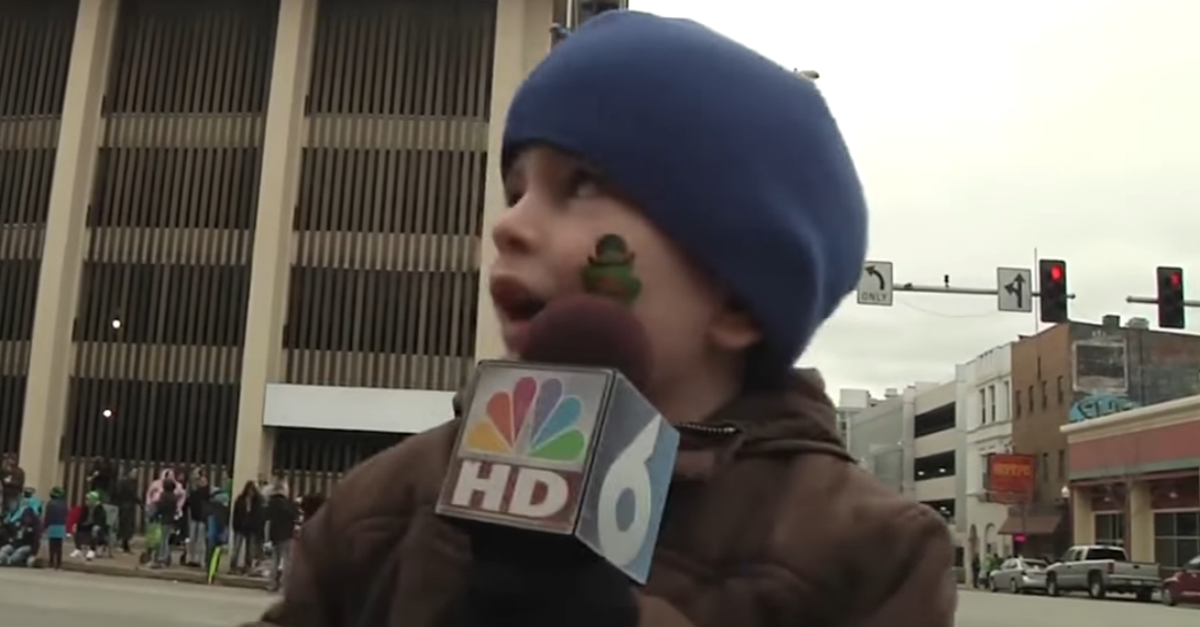