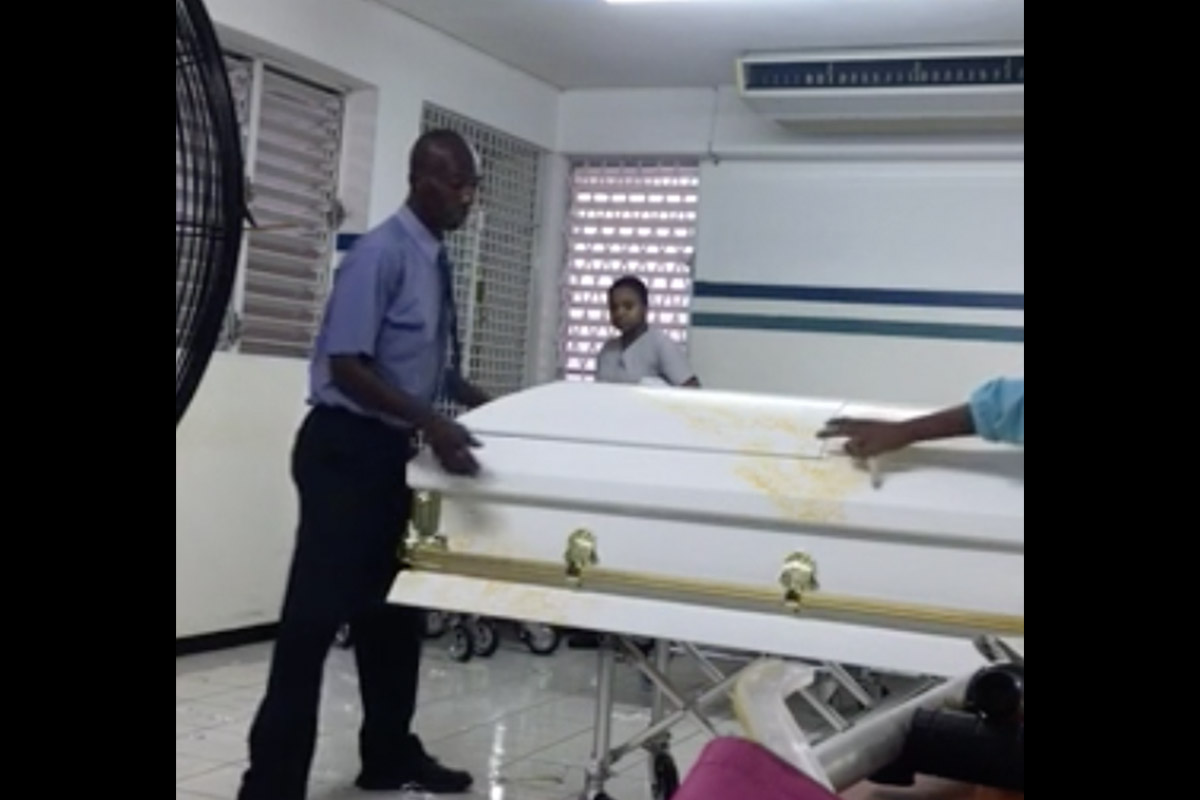 A security worker got an unexpected surprise when he opened a casket expecting either a dead man or nothing but instead getting a face full of fright.

This security guard was having a slow day at work so one of his coworkers decided to play a prank on him and hide in a casket. Apparently the security guard is a real tough guy and always tells the funeral home workers that he isn’t afraid of ghosts. Saying that, especially at a funeral home, is pretty much begging the office prankster to destroy you, film it, and then post the video to social media.

This is, of course, exactly what happened.

Halloween Came Early for This Guy

When he opened the casket, the coworker hiding inside popped out shrieking, sending the unsuspecting and very brave security guard running out of the room screaming while everyone else laughed. And as far as we know the security guard did not get any sort of last laugh. He just ran out screaming and is now forever shamed.

Credit to the prankster for being down to lay in the casket at all. When you’re around coffins that much they probably aren’t too scary but most of us would probably still hesitate getting in there because no one wants to feel like they’re at they’re own funeral. If you lay down in a casket for a prank and hear bagpipes start playing or mourners crying get the hell out of there as fast as you can. It’s not worth the TikTok. It’s not worth the office memes of your screaming coworker. Just call an audible and do a prank call or something.

This story was updated from an earlier version published June 9, 2017.