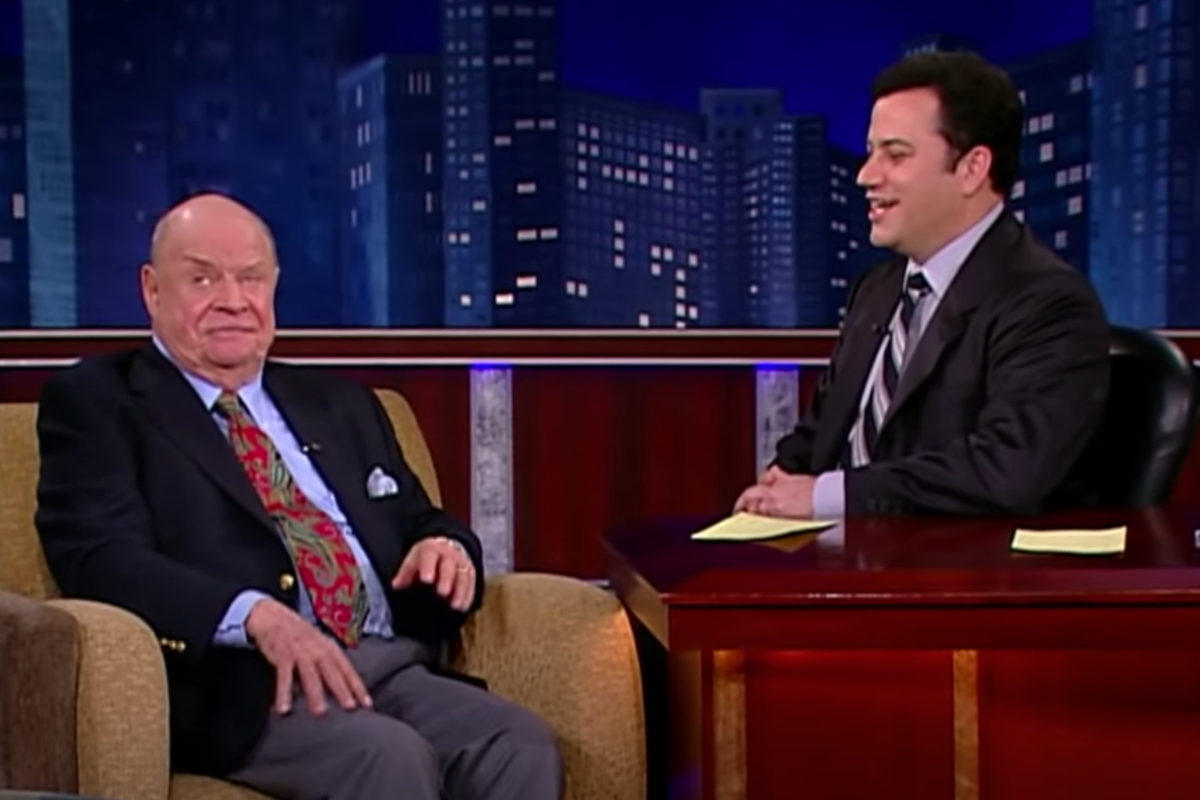 After the passing of legendary comedian Don Rickles from kidney failure, Jimmy Kimmel opened his ABC late night show, Jimmy Kimmel Live, by telling his audience that it would, “not be the usual show tonight.” Don Rickles — Mr. Warmth himself — had become one of Kimmel’s closest friends over the final years of the comic’s life. Rickles appeared on Kimmel’s show more than 15 times during his storied career and the two men were extremely close. Rickles’ death deeply affected Kimmel.

Throughout the emotional tribute that was his opening monologue, Kimmel shared memories of his friend Don and his wife Barbara, from the first time they met to an anecdote about how Rickles wanted to be remembered.

A Sweet Tribute to Don Rickles

Kimmel thought this was funny because he believed Don Rickles should be the one boosting him, not the other way around.

It makes sense. The man is an icon of comedy. A Las Vegas legend. He was pals with everyone from Frank Sinatra and Bob Newhart to Adam Sandler. He hosted Saturday Night Live. He was in Toy Story! The most successful animated Disney movie series ever. You cannot trump this man’s life and career. (Seriously, watch the Rickles documentary Mr. Warmth on Netflix or Amazon Prime. It won him an Emmy.)

After reflecting on the comedy legend’s comment, Kimmel read some of the many notes his friend Don Rickles sent him over the years.

“Dear Jimmy, thanks so much for the beautiful frame of you and I…Who needs Sinatra, your picture of us together is much more important,” Rickles wrote. “Please don’t show this note to anyone because it could cause harm to me and my family.”

It makes sense that the late comedian and Kimmel became so close. For one thing, Rickles has to be the greatest talk show guest of all time. Johnny Carson and David Letterman can attest to that thanks to the insult comic’s numerous appearances on The Tonight Show and The Late Show. So, obviously, any late night host is going to appreciate that sort of thing.

This story as originally published April 7, 2017.

RELATED: Don Rickles Opens Up About the Current State of Comedy and Whether He Still Gets Laughs