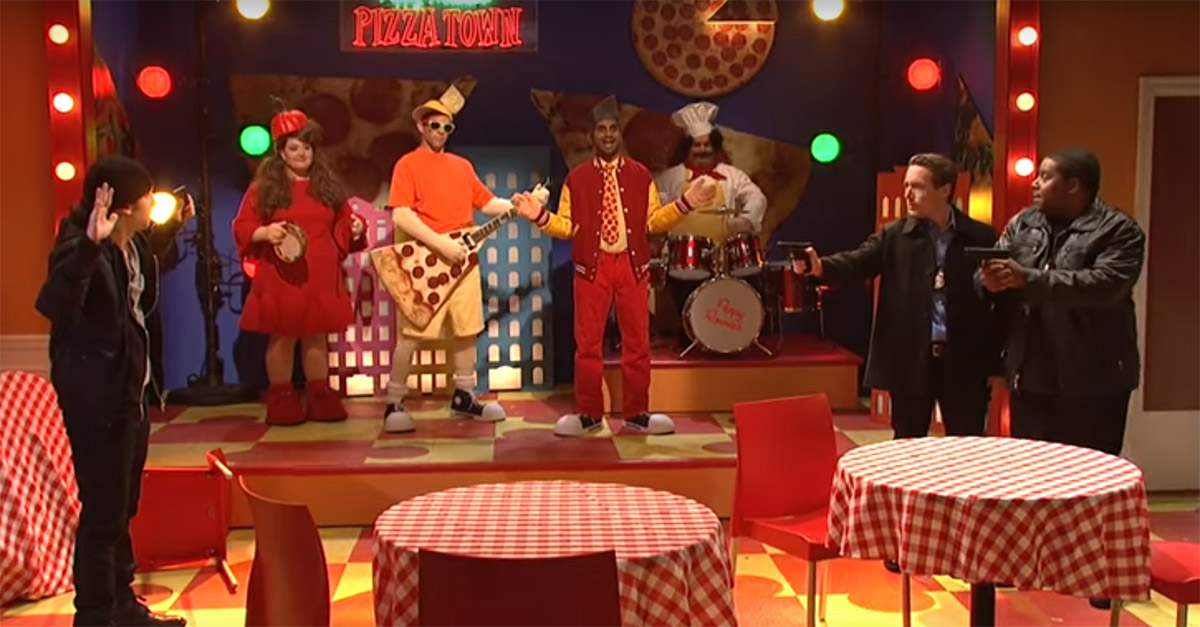 If you’re a fan of thrilling police dramas, you’ll recognize the sort of scene being parodied in this sketch from “Saturday Night Live.” The criminal’s plan has unraveled, and he’s been cornered by the detectives who have been hounding him. There’s tension in the air; will the criminal give up peacefully, or is a gunfight about to erupt? Typical locations for this sort of climactic encounter include warehouses, alleys, docks and shipyards. But what if you ended up having your standoff at a Chuck E. Cheese’s, or some similar establishment? “SNL” imagined just such a scenario inside Peppy Ronnie’s Pizza Town.

RELATED: Everybody can enjoy these movie posters for the most famous films that never were

While the police try to make the suspect give up without a fight, the animatronic band powers on (it was connected to the same switch as the lights) and peppers the on-edge scene with goofy pizza jingles. Host Aziz Ansari plays the ‘lead singer,’ deflating the tension of the scene with a series of groan-worthy, pre-recorded pizza puns.

The most impressive part of the sketch might be how well the actors playing the robots dance. They’re every bit as stiff and jerky as the somewhat unsettling machine bands you might have watched as a kid.