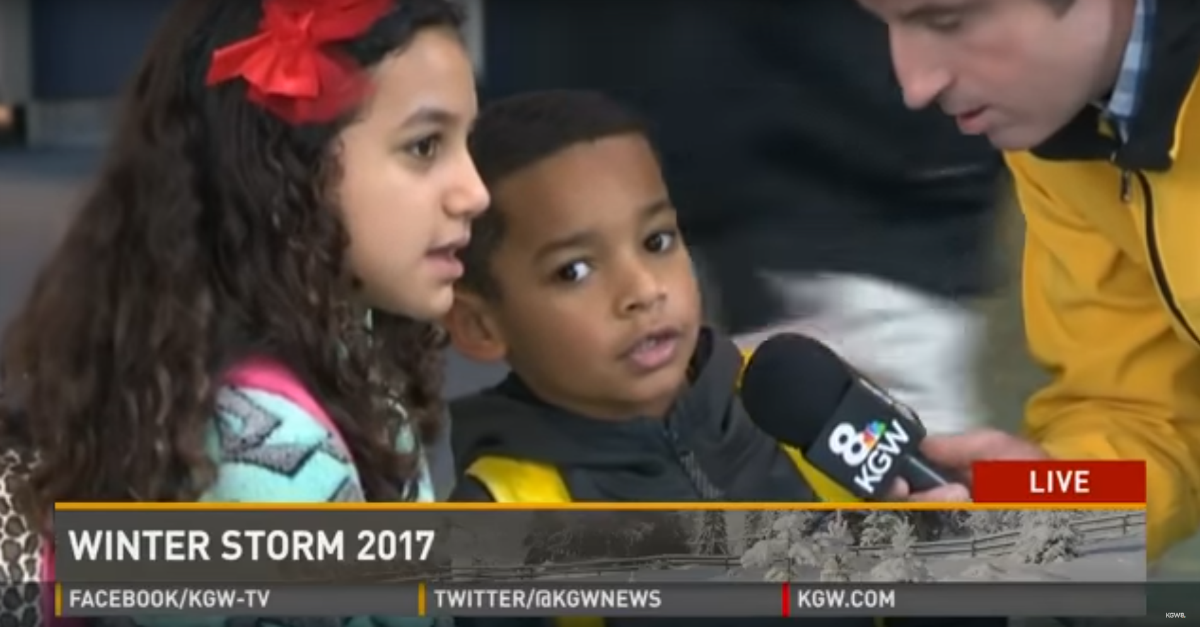 Portland, Ore., reporter Drew Carney took a serious knock to his ego when a kid he was trying to interview ducked out after saying that he usually sees Lester Holt “on the news more than you.”

An incredulous Carney asked the cameraman and the laughing anchors in the studio, “was Lester Holt a part of this morning’s coverage?”

RELATED: When this weatherwoman made a gaffe on live television, she was laughing too hard to give the forecast

After that statement, the young Lester Holt fan, who finally introduced himself as Jayden, took off for shelter away from the camera. Carney humbly stated that he had no idea what the national anchor might ask 7-year-old Jayden, joking, “that’s why I’m here and Lester Holt is there.”

This just lit up my day. From @KGWNews in Portland OR https://t.co/iI9LNuYeOU

Jayden said he would like to ask Holt “to come to his house…to see all the things he has reported.” The NBC anchor later tweeted that the video “just lit up my day,” but there’s no work on whether he’ll take up Jayden on his invitation.