The podcast superstar — who will soon be speaking to Congress about free speech — told his long-time friend Jimmy Kimmel that he Sylvester Stallone’s 1986 movie “Cobra” should be required viewing for all police officers in the country. “I just think we’d be living in a better country,” he claimed.

RELATED: Jimmy Kimmel’s interview with a passive-aggressive puppet version of Kellyanne Conway is almost indistinguishable from the real thing

He also think the word “pull” should be replaced with the word “yank,” because “push” also starts with a “p” and it’s too confusing for him.

“It should be the civic duty of all males over 6′ 1″ to whiz in the sink whilst shaving,” Carolla continued, believing that the act would save million gallons of water — but the audience didn’t really seem into the idea, and their silence made him abruptly move on to the next one.

Hopefully Congress is more receptive to his ideas than Kimmel’s studio audience. 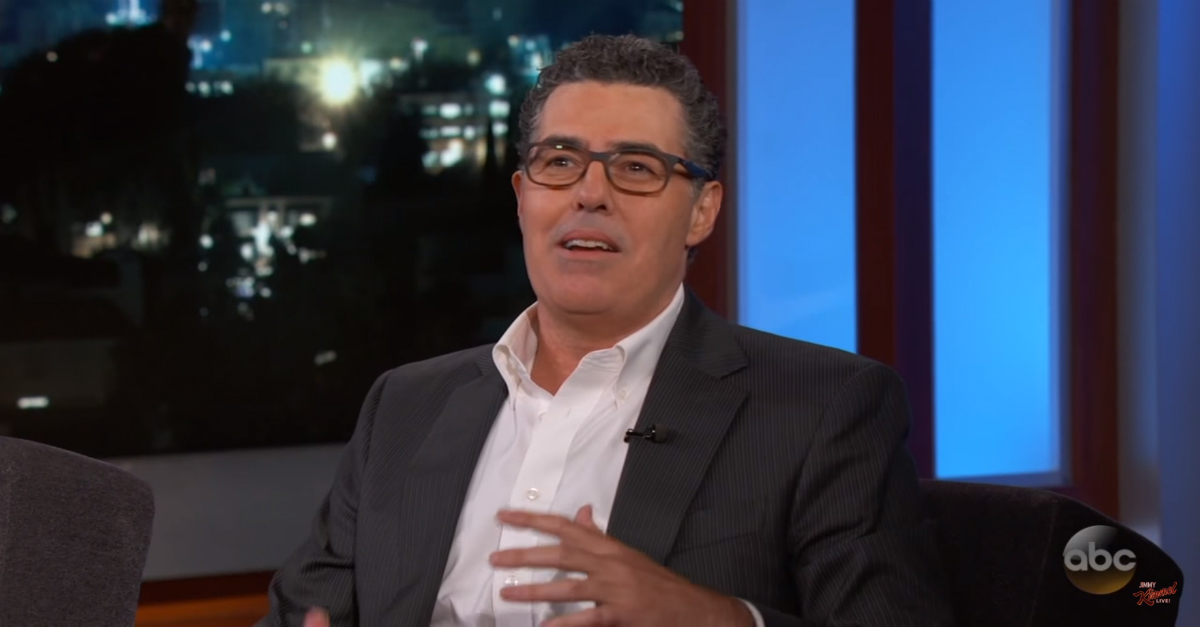