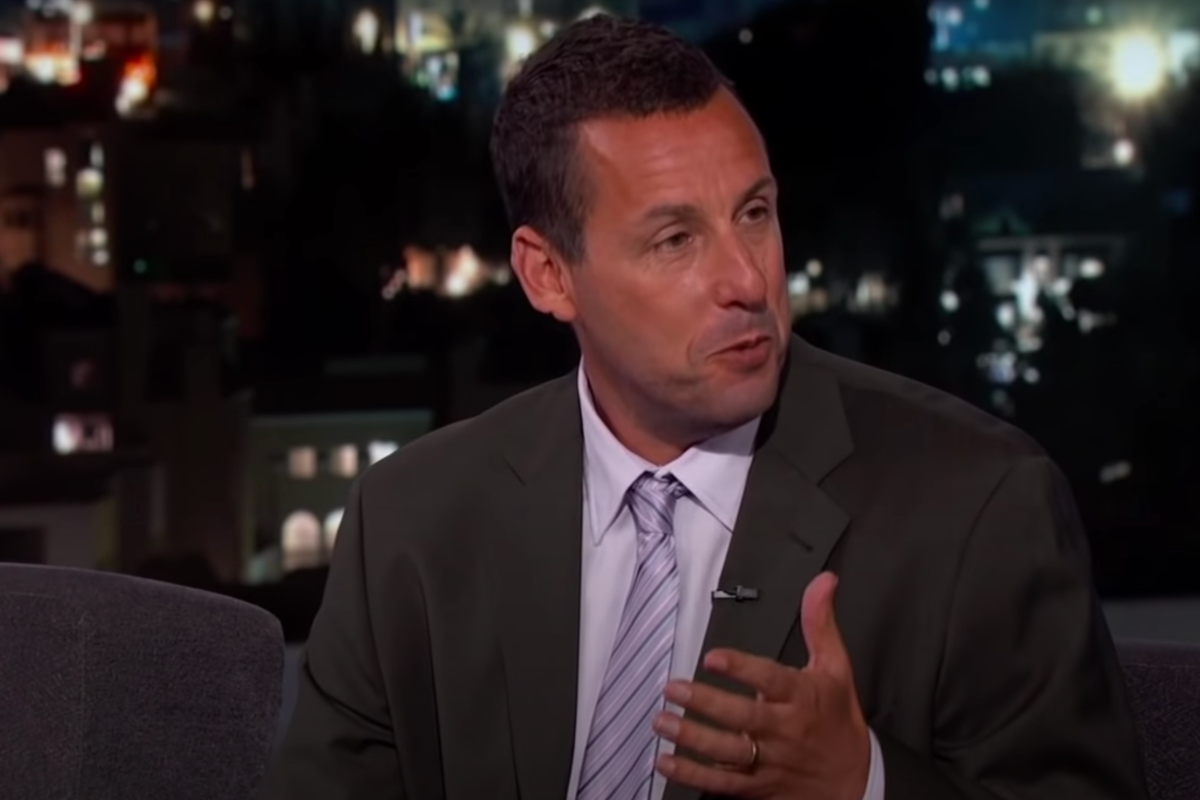 After legendary comedian Don Rickles passed away at 90 years old from kidney failure, the entertainment community and the nation at large mourned the passing of one of the funniest people to ever live. Rickles had a long and illustrious career in comedy and was the sort of comic who has influenced so many young actors and comedians.

Just about everybody in Hollywood has a story about meeting “Mr. Warmth.” (Or, better yet, a story they heard about Rickles giving Frank Sinatra a hard time.) Adam Sandler appeared on “Jimmy Kimmel Live!” and the two found themselves reminiscing about the late comic and paying tribute to Don Rickles.

Kimmel began by remembering an occasion when Sandler and Rickles were on the show together. Rickles, known for being an insult comic, shouted, “Let’s take up a collection and buy Adam a suit.”

On another occasion, Sandler was having dinner with actor Steve Buscemi just after the release of Reservoir Dogs and Rickles happened to be there. The comic threw a barb at Buscemi, joking, “I saw your movie, ‘Mr. Pink?’, more like ‘Mr. Stink.'” And then he turned his attention to Sandler, quipping, “I saw ‘Happy Gilmore,’ it’s amazing how no talent can get you a movie.”

The Saturday Night Live alum was just one of many guests Kimmel had on his ABC late night talk show after the comedy legend passed away to reminisce about Rickles. Bob Saget and John Stamos — who were, randomly, extremely close with Rickles late in life, like Kimmel —  came on and told story after about their old friend as well. It was a fitting set of tributes to a comedy icon.

This story was originally published April 7, 2017.

RELATED: Five of the Best One-Liners From the Legendary Don Rickles