Adam Sandler brought out the best in Chris Farley, and this SNL skit shows just why 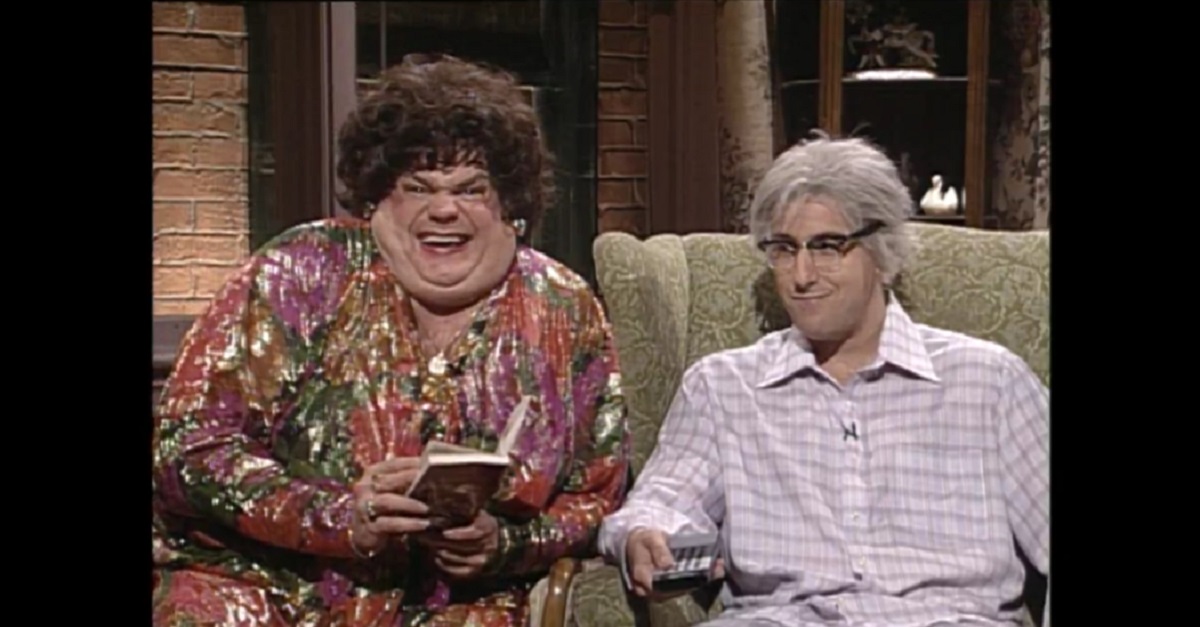 This might not be Chris Farley’s best skit, but it’s hard to say that he and Sandler didn’t play this one perfectly.

The sketch is from a 1995 episode of “Saturday Night Live” in which Sandler and Farley, playing husband and wife Hank and Beverley, are going through a Zagat guide to find a restaurant for their 35th wedding anniversary. Why is this scene so perfect? Part of it is the look. Look at these two together. Farley’s expressions combined with Sandler’s grey hair and defeated look make this funny to watch even without the dialogue.

RELATED: Chris Farley and Adam Sandler were perfect for each other, and this SNL skit shows why

For example, look at Sandler’s face when Farley completely commits to his character and starts rubbing Sandler’s thigh. See! The two were clearly made for each other! Well, at least on the TV screen, they were.