“Billy Madison” was among Adam Sandler’s first films and helped ensure his status as one of the funniest people in Hollywood.

On Wednesday night, the actor stopped by Conan to talk a little about the film. He said that when he was filming the scene where he hurls dodgeballs at first graders, one of the kids “got upset and started crying.”

RELATED: Some of Adam Sandler’s most LOL-worthy moments from “Billy Madison”

Apparently, the parents were upset that Sandler was blasting their students with the balls. When he tried to explain it to them, asking, “Didn’t they read the script?” the parents responded, “They’re six, they don’t read yet.”

“I said I won’t do it, and I think I told the guys to roll anyways and I nailed a bunch of kids — something awful like that,” Sandler joked.

RELATED: This behind-the-scenes look at “Billy Madison” will never get old

The actor tried to justify the dodgeball scene by saying, “But those kids grew up, and guess who they are today. Uh, I don’t know.” 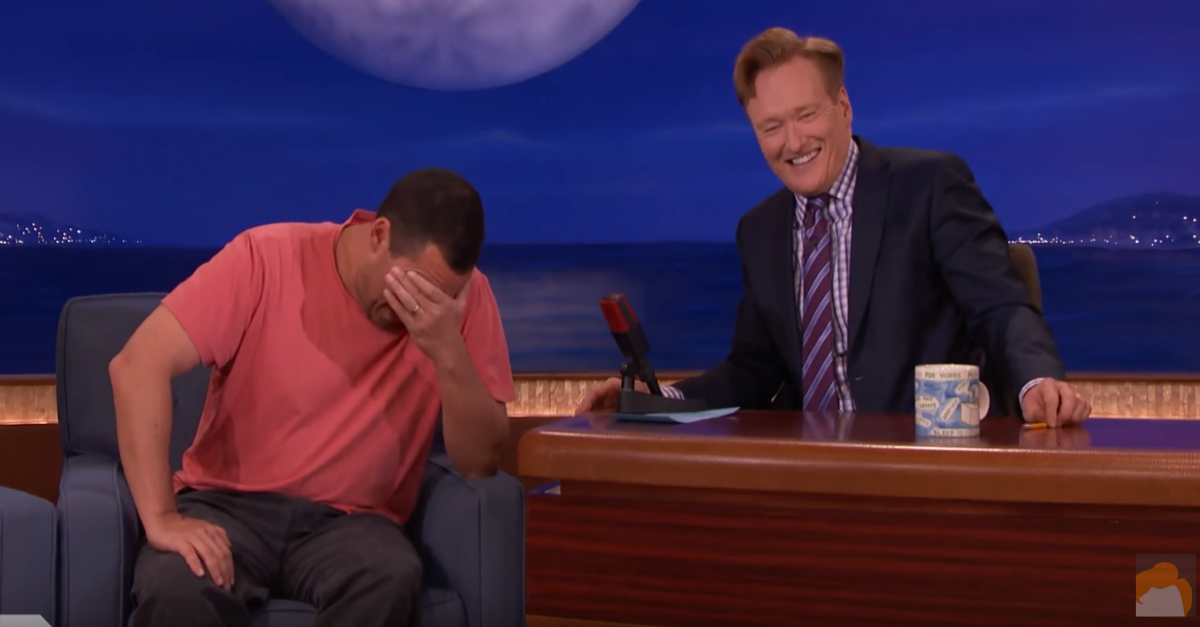