On Wednesday night, actor and all-around awesome guy Adam Sandler stopped by Conan’s show to talk a little bit about what he’s been doing and what lies ahead in the future. The segment offered a refreshing and much needed break from the barrage of late night segments dedicated to politics.

50-year-old Sandler, wearing a t-shirt and jeans, shared a few stories from his time as a star, including an interesting anecdote about Harrison Ford. The actor said that he met Ford at a party thrown by Carrie Fisher; he explained that he was still a young talent, joking “not really big enough to be at that party.” When Sandler saw Ford, he was a bit star-struck and flattered that Indiana Jones had seen “Billy Madison.” But the real twist came when Ford asked Sandler if he would “come over to [his] house and wash [his] car.”

The star explained, “My kids think you’re funny, and it would be such a kick for them to see that.” 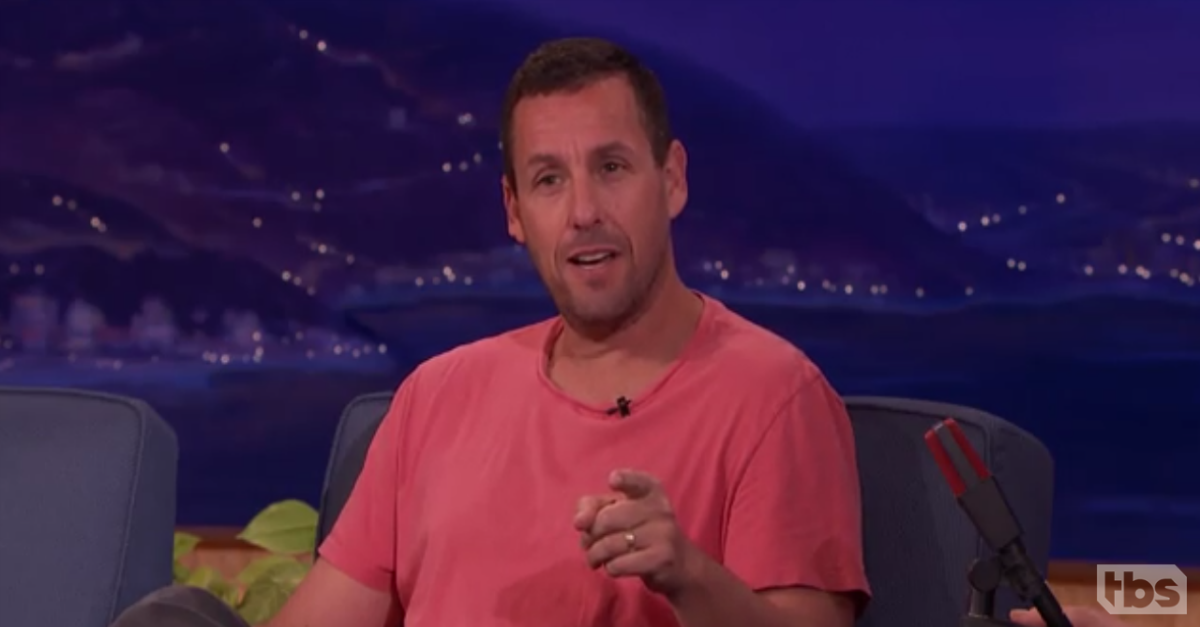