Over the last 22 years, actor Adam Sandler has delighted fans with performances of his holiday classic, “The Chanukah Song.” Sometimes called the “Hanukkah Song,” Sandler’s performances of the tune began on the “Saturday Night Live” stage in 1994.

Over the years, Sandler has written and performed four versions of the song. The third, released in 2002 to promote Sandler’s animated film “Eight Crazy Nights,” features Sandler, actor Rob Schneider and a children’s choir that adds a certain amount of gravitas to an otherwise silly song.

With lines about Melissa Gilbert, “Friends”and the late Lou Reed, Sandler’s performance may not be the most culturally relevant, but is still hilarious. 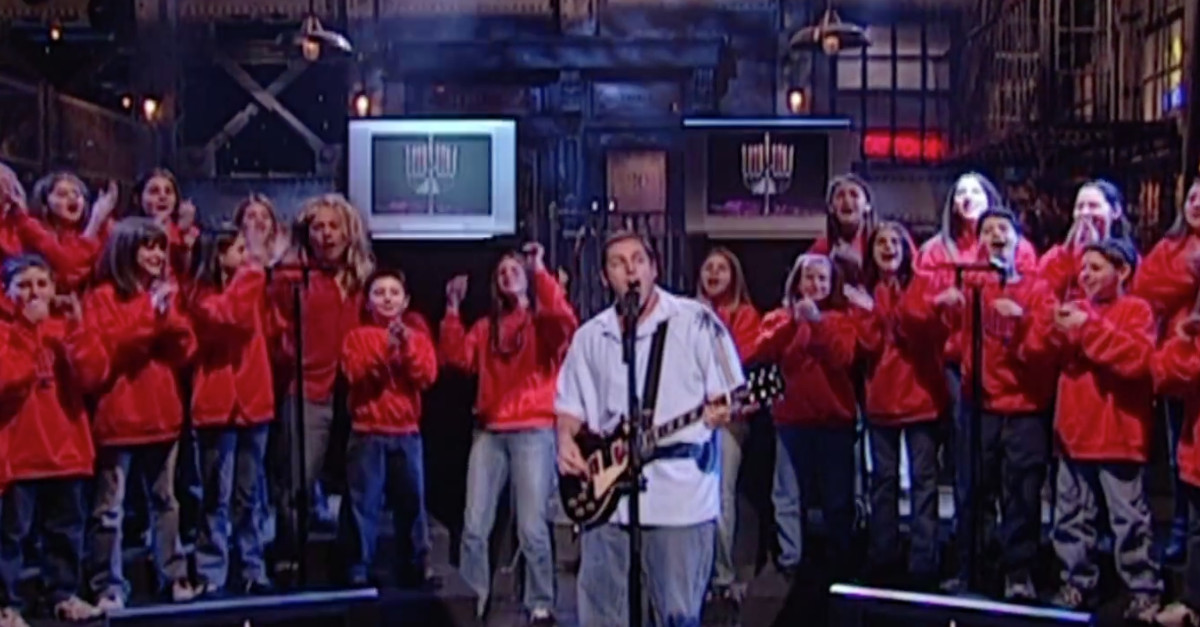