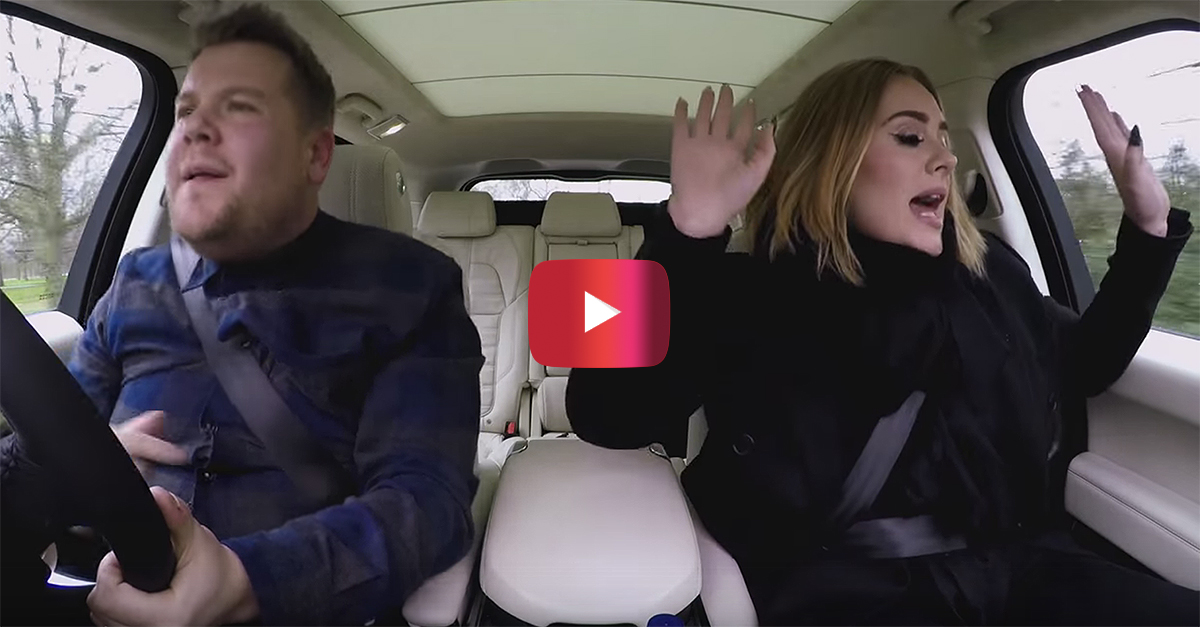 Over the last two years, talk show host James Corden has delighted audiences with his “Carpool Karaoke” series, in which the “The Late Late Show,” host drives around with a famous singer, and jams out to their songs on a car radio.

While home in England for the holidays, Corden drove around with Adele, singing songs like her own hits such as “Hello,” and “Rolling in the Deep.”

During the conversation Adele explains that she is partial to giving fans tickets to her shows when she is drunk and needs to be handled by security to make sure she doesn’t get too out of hand.

The fourteen minute clip sits on the long-side of the viral video spectrum, however each minute is completely worth it.