After mistakenly dyeing his hair black, John, from the wildly popular YouTube channel Pranksters in Love, asked his wife Nikki to help him get it back to his natural color, but she decided to go in a different direction entirely.

Instead of helping him out, Nikki dyed his hair a bright shade of green! She got away with it by lying to him and saying the green tone was going to cancel out the red they used to get him back to brown hair.

As Nikki giggled in the background, John started to realize what she had done.

“Nikki! No!” he exclaimed as he stared at his reflection. “You’re not serious.”

“I am dead serious,” she giggled.

Because of all of the chemicals, John was forced to leave it green for a few days.

“I am really unhappy you did this to me,” he said after realizing she was serious.

We wonder how he will get her back! 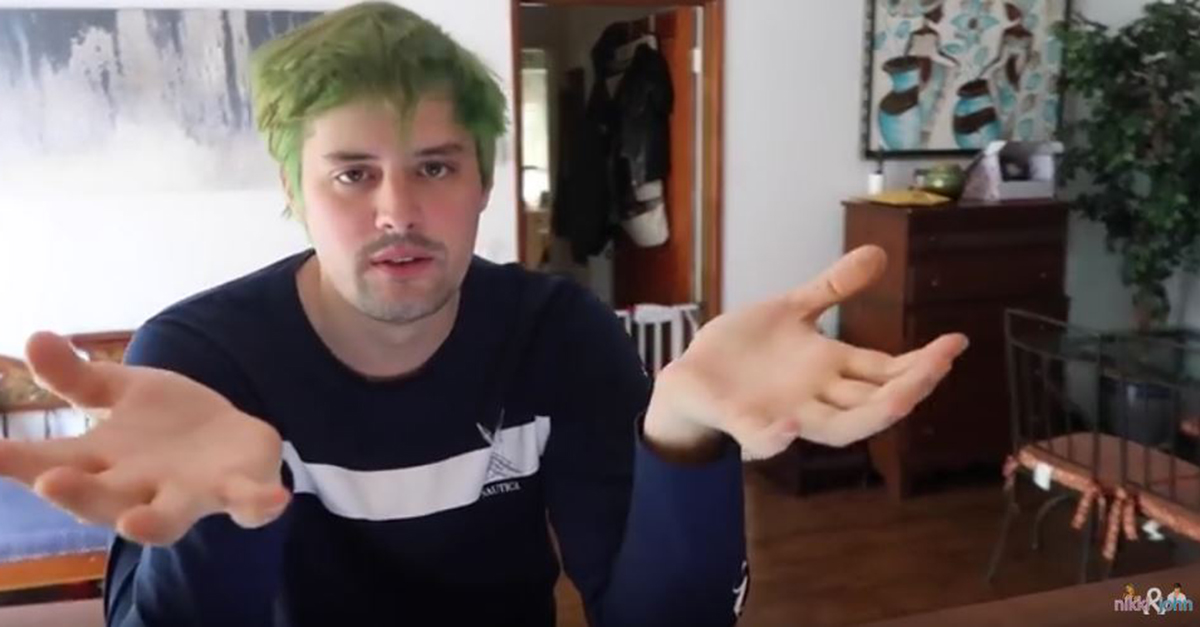