Imgur user BinanoSplat uploaded a series of photos this week that he alleges show how he broke the news to his then-girlfriend that they were through.

In a post titled “Found out my girlfriend is cheating on me. Giving her this card tonight at my birthday dinner,” BinanoSplat shows off what looks like a normal birthday card. 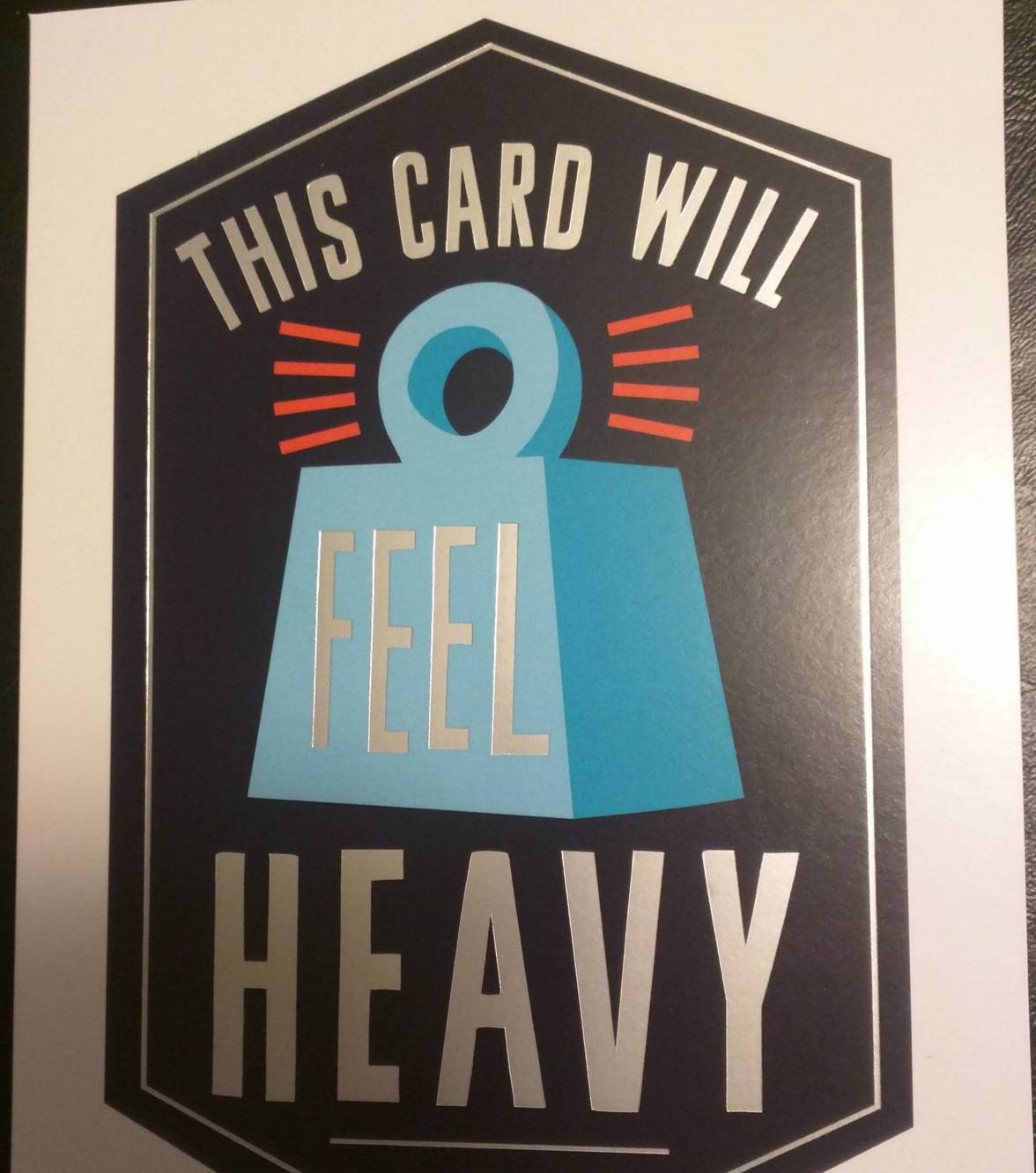 “This Card Will Feel Heavy,” the card says on front, which normally indicates there is some kind of gift insisde.

Once opened, it reveals the man’s true message and includes his copy of his girlfriend’s house key.

“Now that you’re single, you don’t need to feel guilty about your sexually charged texts w/Michael, going on dates with Jared, or about getting drinks tomorrow with Derek.” 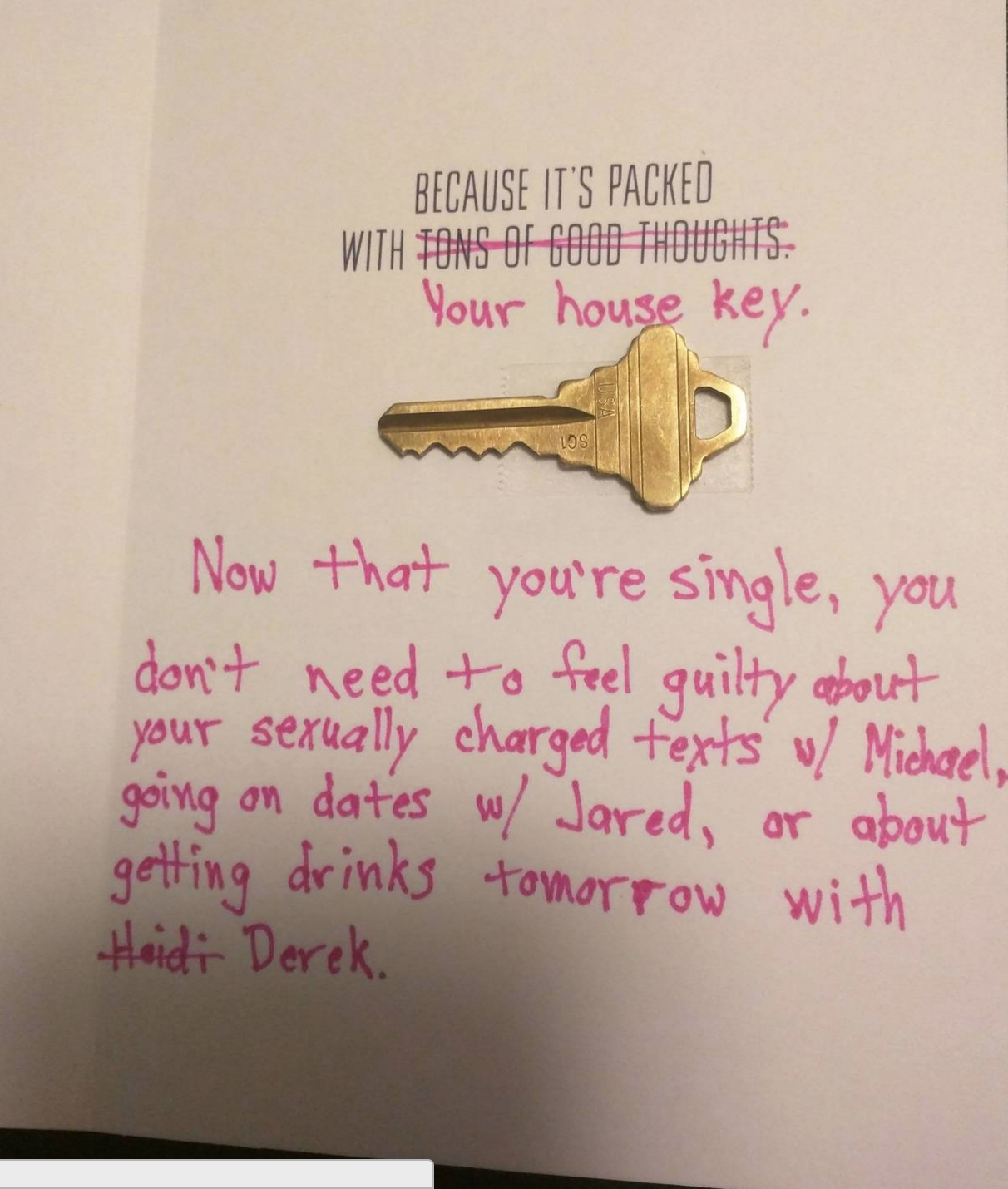 For hours, the man, and thousands of users on Reddit waited to see the result of the breakup prank, until BinanoSplat broke some bad news.

After the post went viral on Reddit, a friend of the woman connected the dots and let the girl know what was coming. The original poster then recounts the ensuing call he gets from his now ex-girlfriend. 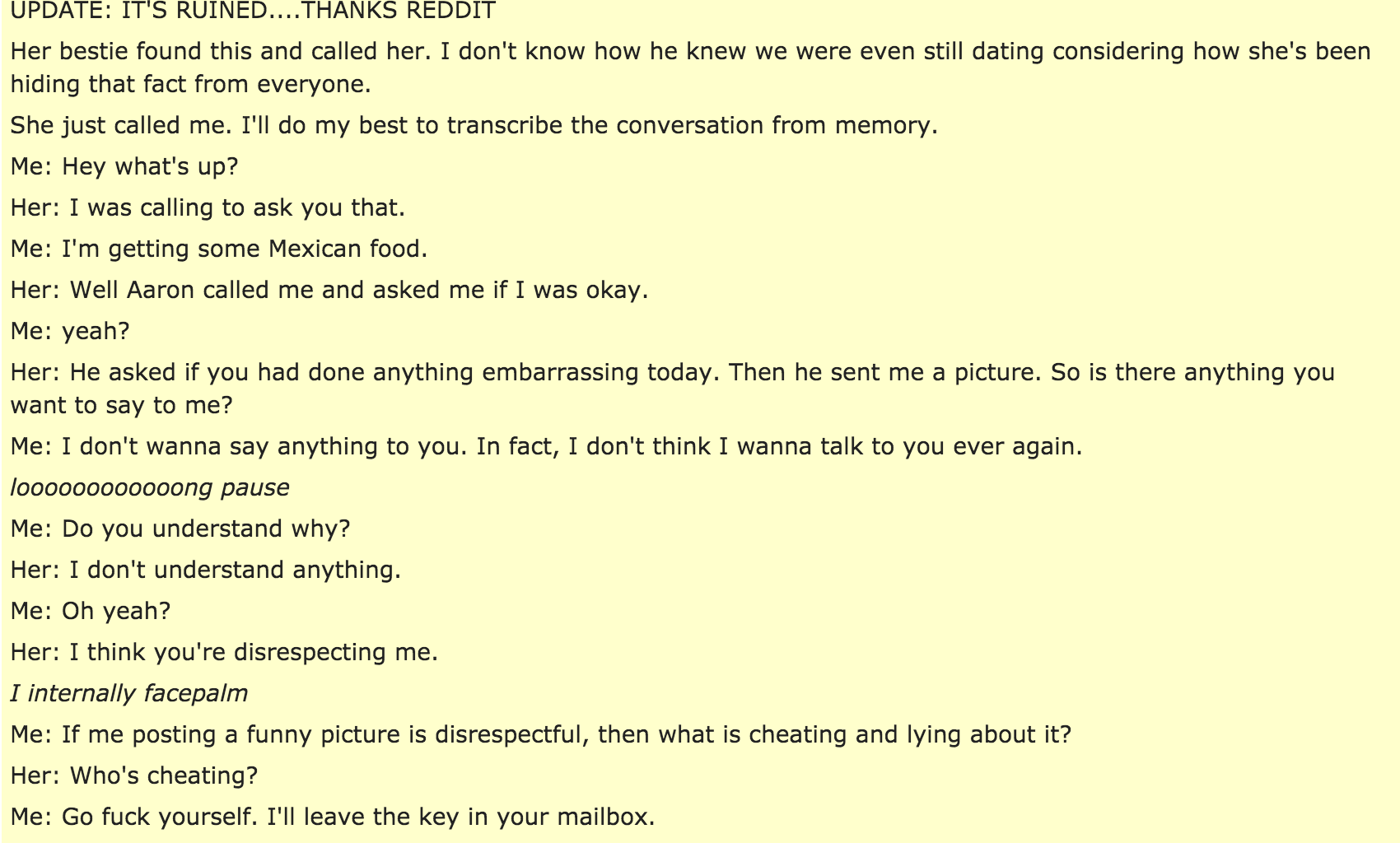 “I think you’re disrespecting me,” the nameless girl tells her ex.

“I internally facepalm,” he notes in italics.

“If me posting a funny picture is disrespectful, then what is cheating and lying about it?” he replies.

“Go fuck yourself. I’ll leave the key in your mailbox,” he ultimately responds.

After over 17,000 comments, at least the man can feel slightly better that for a brief second, his breakup went viral.