Seven years ago, YouTubers Nikki and John uploaded a prank video that Nikki pulled on John that found Nikki smashing the crap out of John’s Xbox.

“Oops,” Nikki says after smashing the gaming console to bits.

RELATED: Alan Rickman’s prank on Daniel Radcliffe was a classic

For April Fools’ Day, John pranked Nikki in a way she could never have imagined when he superglued her to their toilet seat.

Some couples are weird.

RELATED: This Uber prank is the “battiest” one you will ever see 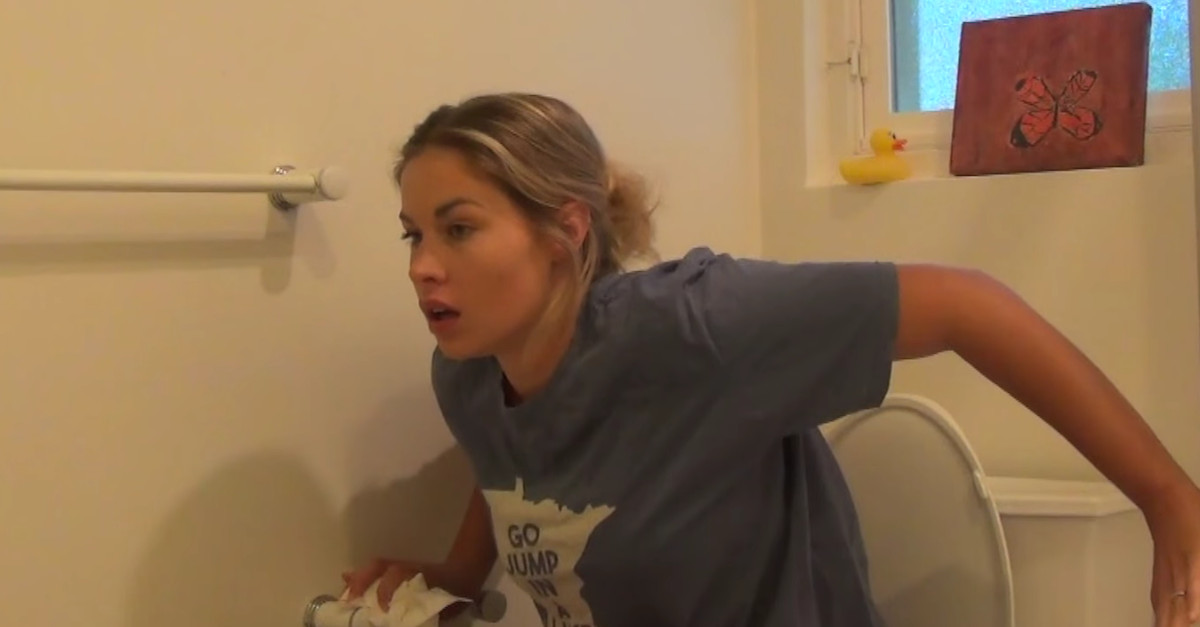