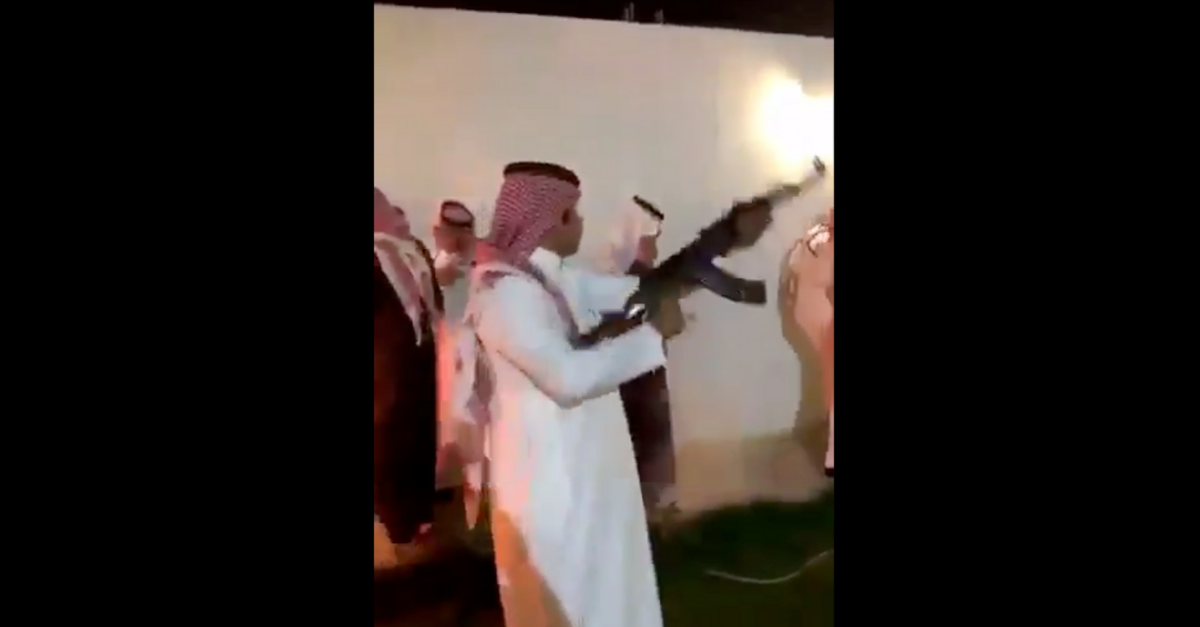 There are a lot of irrational fears out there about guns, but I don’t think that my personal desire to be absolutely nowhere near a gun fired into the air in a celebratory manner is one of them.

Shooting at a range is fun. So is hunting. Owning a gun is a necessary right. Still, keep me the hell away from anyone out here Yosemite Sam’ing at a party. I don’t care if it’s the Fourth of July. Just set off recreational explosives at your house like a normal, responsible American.

Most of the world, actually, is pretty big on the tradition of popping off some rounds for funsies, and the Middle East is definitely not an exception. This video from somewhere around those parts demonstrates how extremely wrong things can go when you combine guns, excitement, and possible inebriation.

I 100% guarantee you’re going to watch this video from the Twitter account Humans of Late Capitalism more than once. It’s that nuts.

Not sure what’s crazier here, the misfire or how everyone just shakes it off. Everyone basically reacts like, “Hey, we’re at a party in Saudi Arabia. This is what we signed up for.” Also, AK-47s are loud as hell. No one even reacts to that. I would’ve needed some hearing protection (and a bulletproof shield) just to watch this.

I have no other context for that video other than, “Middle Eastern parties are way too lit.” But seriously. My God. Find a new way to celebrate, the entire world.