It was a good kind of weird for comedy fans when Al Franken moved from Stuart Smalley to Senator. But with the Jeff Sessions scandal putting Franken the senator in the news like never before, it’s finally time that “Saturday Night Live” has a current cast member portraying one of their finest alums.

Alex Moffat was tasked with playing Franken alongside Kate McKinnon doing her Keebler elf-inspired Jeff Sessions, and the duo were perfect comedic foils for one another — like a bizarro version of Pauly Shore and Andy Dick from “In the Army Now.”

Speaking of their unknown friendship, Sessions says he once took Franken whitewater rafting, while in return, Al showed him “Jew stuff.”

“Exactly. He taught me how to say ‘schmear!’ I never saw balls in soup before.” 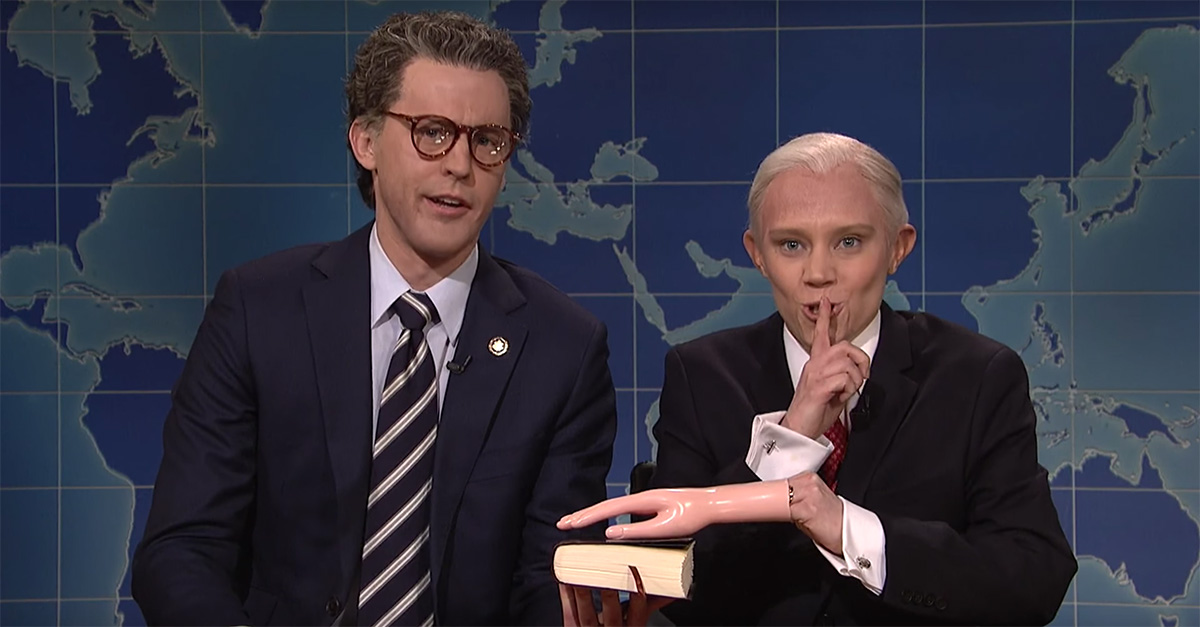