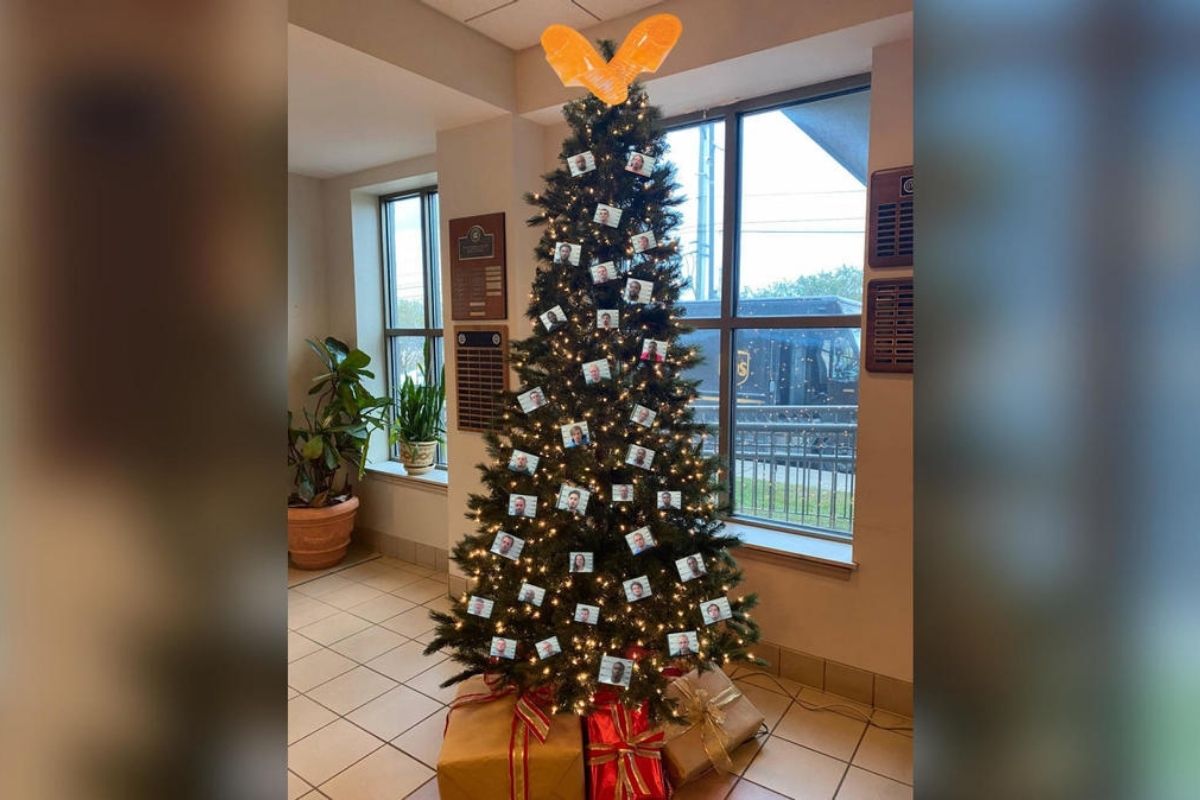 Well, this Alabama Sheriff’s Office is sure in quite a pickle. A photo of a Christmas tree shared by the sheriff’s office has now sparked heavy outrage from social media users for its, let’s call it offensive decorations. The tree was apparently adorned with what officials call ? Thugshots.? In case you don?t know what ?Thugshots? are, they are exactly what they sound like, images of people who have been arrested around the area.

I’ll have to admit, this is a brilliant idea, but I can see why people are angry. If I saw my mugshot, which no I have not been arrested this is just theoretically, I would get offended too. But the Mobile County Sheriff’s Office went one step further and decided to share their Christmas tree on their Facebook page anyway, because well they probably weren’t thinking. The Facebook page said, “We have decorated our Tree with THUGSHOTS to show how many Thugs we have taken off the streets of Mobile this year! We could not have done it without our faithful followers!” Hilarious in itself that they thought that this was a good idea, especially them not thinking that they weren’t going to get angry people calling the station.

A sheriff’s office in Mobile County, Alabama, has deleted a photograph of its ‘thugshot’ Christmas tree.
1/9 pic.twitter.com/GgY37nXp8O

According to WKRG, the Facebook post included a special offer to “all mobile county thugs.” It appeared to be heavily taunting criminals and repeat offenders around the area, offering to provide them with a ?concierge corrections officer? to take them to the jail and then give them a custom fitting for a ?holiday jumpsuit.? According to the Associated Press, more than 7,900 people commented on the “Thug Thursday” post, which has since been removed. Several commenters apparently called the decoration cruel and demeaning. The local branch of the NAACP called the tree very unacceptable and has since reached out to the Sheriff’s Office on two occasions, with no response.

President Robert Clopton stated that several irritated residents have contacted him about the post. He continued, “We live in a very volatile time,” said Clopton in a statement, demanding accountability. “I mean, the relationships between law enforcement and the general public has been compromised. Not only that, but we are living during a pandemic right now where everyone needs to be focused on the same goal and that is having as many people helping each other or to help navigate through this atrocity that is going on right now. This is inappropriate, shameful, disrespectful, despicable, disgusting and embarrassing to the citizens of Mobile County.?

You Have Some Explaining to do, Mobile County Sheriff’s Office!

SMH! 😡😡Why can't law enforcement people act like they have sense and common decency?! Is it that hard?! Ughhh!

Lori Myles, A spokesperson for the Mobile County Sheriff’s Department stated the photos are actually photoshopped onto the tree and are not displayed at the department’s office. She also noted that the tree is a? good thing,? since it shows a community that career criminals were taken off the streets by police officers. Myles told CBS news that the office did remove the post after receiving several death threats. Yeah, yeah, yeah. Just admit your mistakes, say sorry for making a Thugshot Christmas tree, and don’t do it again. Who in God’s name thought this? This is so dumb.

Watch: Women are Decorating Their Lashes as Christmas Trees for the Holidays