Alec who? The internet’s best Trump impersonator flaunts his presidential persona on “The Late Show” 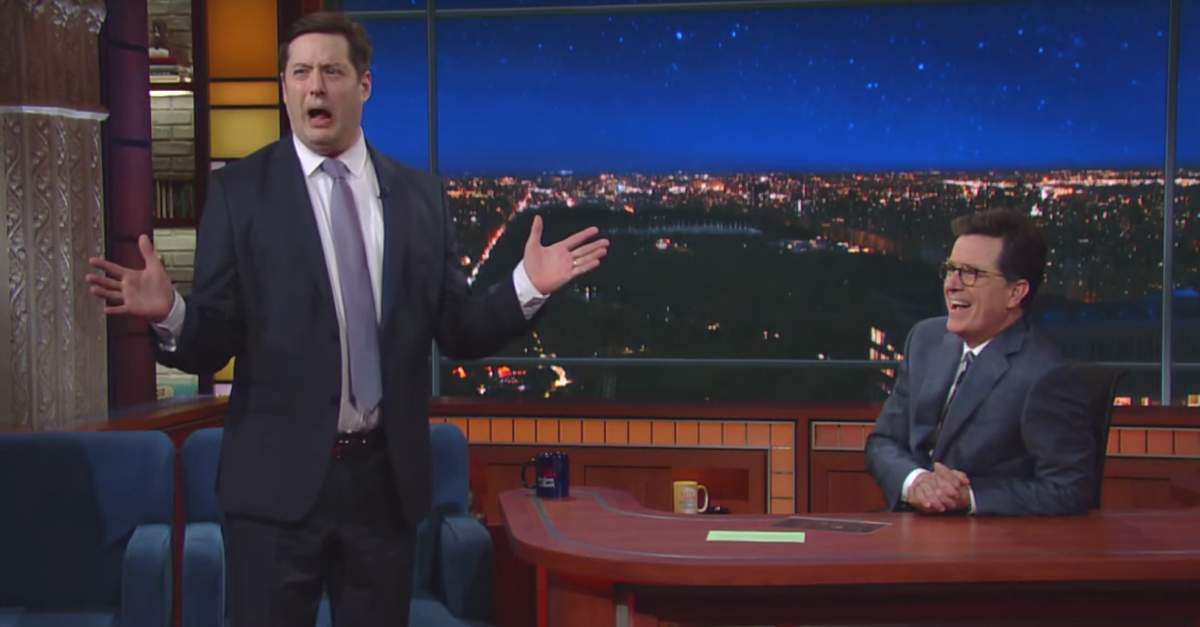 Comedian Anthony Atamanuik has earned a modest amount of fame as a Donald Trump impersonator and the young star is preparing for his new role anchoring a late-night Comedy Central show titled “The President Show.”

On Thursday night, Atamanuik appeared on “The Late Show with Stephen Colbert” in anticipation of his new show. In a wild anecdote, Atamanuik mentioned that he first impersonated Trump in 2015 where he explained the joke was “what if Trump became president?”

Atamanuik explained how he gets into character for the president, joking, “[Trump] has no center of gravity. That’s why he’s always leaning on people, because he’s afraid of stairs and slopes.” Later in the show, Colbert had the new impersonator read off some quotes that he joked “Trump will never say but we’d all like to hear.” While it’s impossible to disregard Baldwin’s work on “Saturday Night Live,” Atamanuik’s President Trump impression is spot on.

RELATED: Alec Baldwin reveals when he may call it quits as President Donald Trump on “SNL”

It turns out that in what has become a battle for the Trump impersonation, Atamunuik has been feuding with Alec Baldwin on Twitter. The argument began in March when Baldwin declared on a “Jimmy Kimmel Live” appearance that some impersonators are “lobbying” to play Trump at the White House Correspondent’s Dinner. Atamanuik took the tweet as a shot at him, and tweeted, “no one’s lobying Alec…But thank you for the f@%k you on Kimmel #workfriends.”

.@ABFalecbaldwin No one's lobbying Alec.I think it was @midnight that did that for me. But thank you for the f@%k you on Kimmel.#workfriends