Alex Trebek Always Sounded Smart, Even When He’s Cursing in These Jeopardy! Outtakes 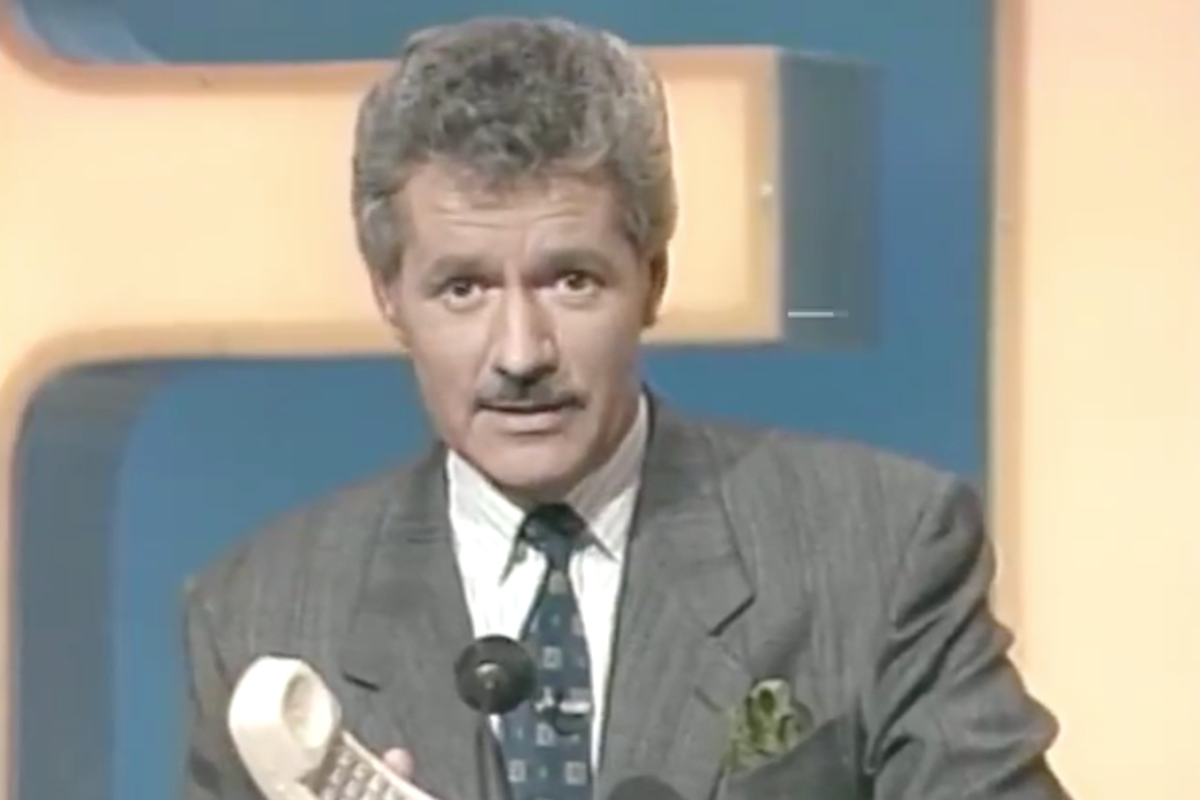 Jeopardy host Alex Trebek may be the most beloved game show host in TV show history. The quiz show host, born in Canada, was always known for his quick, cutting wit with contestants and sharp delivery. Sadly, Trebek passed away from pancreatic cancer at the age of 80. The world has innumerable memories of the Emmy-winning TV host, many of which have been trending on social media, but we’ve found a couple you may not have seen before.

And the Answer is… [email protected]%#?

In case this is the first time you’ve ever seen Alex Trebek say a bad word, we apologize for spoiling his innocence for you. He may be Canadian but that doesn’t mean he doesn’t have some bite. Though these moments might not have made Trebek’s autobiography Reflections on my Life, they’re well worth remembering both because they’re hilarious and everything, including curse words, just sounds smarter coming from the TV personality’s mouth.

These particular outtakes are from promotional tapings for the extremely 1990s phone version of Jeopardy. Clearly, Trebek had other places he wanted to be.

Alex Trebek is the Greatest of All Time

It’s likely Jeopardy legends like James Holzhauer, Brad Rutter, and potential future Jeopardy host Ken Jennings would agree with this sentiment, but it’s hard to understate just how much Trebek meant to people throughout the United States, Canada, and beyond. This was never more apparent than after the host’s initial cancer diagnosis, and during his cancer treatment, when the outpouring of love and admiration for Trebek practically filled every corner of the internet. From his first episode of Jeopardy to his last, which still has yet to air as of this date, Trebek will forever be remembered as America’s favorite quiz master.

Watch: Riding a Segway isn’t Easy, Just Ask All These People Who Got Filmed Falling Off Them