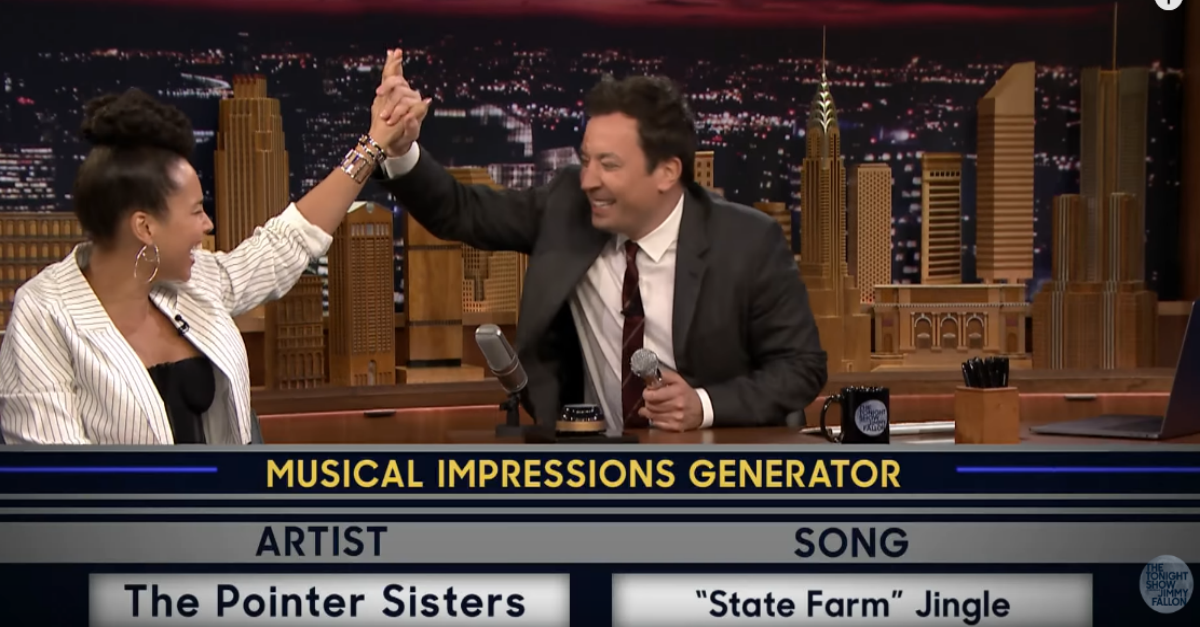 When Jimmy Fallon hosts a musician on his late-night show, he generally brings out the “Wheel of Musical Impressions.”

Alicia Keys is probably one of the most talented singers to appear on the show. On Tuesday night’s episode, she showed why she’s a household name.

RELATED: Jimmy Fallon and Alicia Keys duke it out in the ultimate staring contest

Fallon was not to be outdone by the 15-time Grammy winner. When the wheel rolled to the “Meow Mix” theme in the style of Elvis Presley, the host showed off his pipes.

The scene closed with Keys belting out “Twinkle, Twinkle Little Star” as done by Janis Joplin. And we have to admit that we’re very, very impressed by these two.