Even though it was clear she was reading all of her lines off a teleprompter, Lindsay Lohan’s 2004 hosting gig on “Saturday Night Live,” became a surprise classic from the era.

A hilarious sketch that has stood the test of time through the years plays off of Lohan’s sexuality while parodying the “Harry Potter” series.

RELATED: Watch a young Will Ferrell battle an over-enthusiastic Jim Carrey in this hilarious SNL throwback

At the time, Lohan was constantly in the tabloids, as the country struggled to come to terms with a beloved Disney star becoming a grown woman.

In a sketch titled “Hogwarts Academy,” Harry Potter and his best friend Ron Weasley return to the Hogwarts School of Witchcraft and Wizardry after a long summer apart.

When they ask her what happened, Lohan’s Hermione plays it off as if nothing has changed.

Throughout the rest of the scene other familiar faces from the “Harry Potter” universe are caught off guard by Hermione’s breasts. 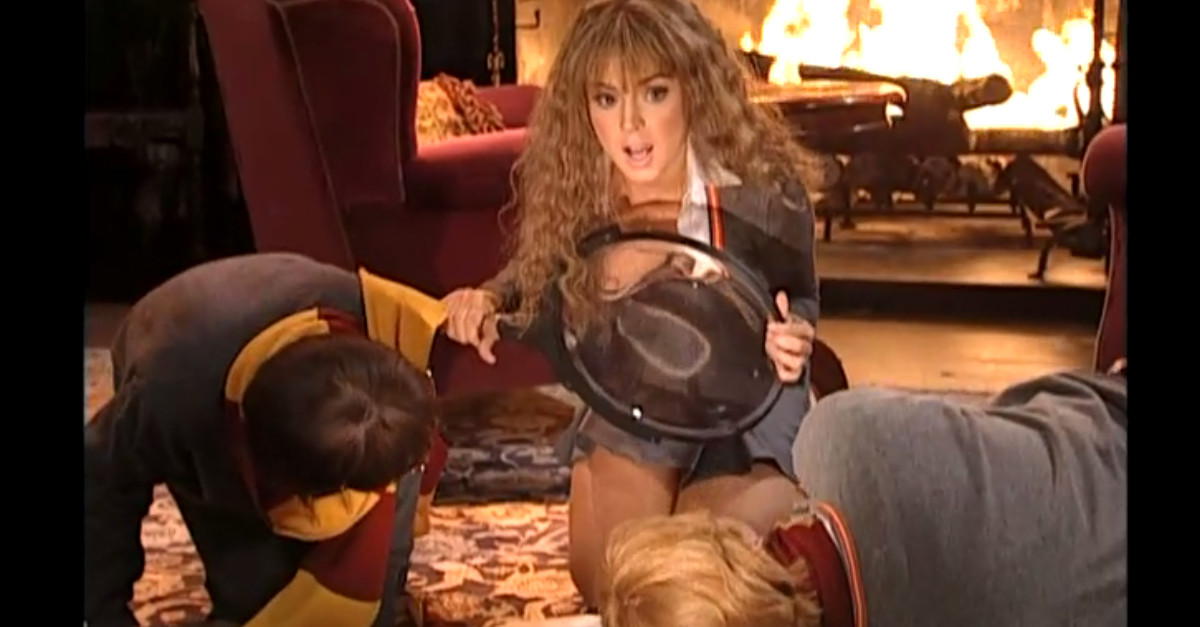